~3 min read | Published on 2018-09-25, tagged Arrested, Counterfeits, Currency, Darkweb-Vendor using 680 words.
On Friday 21 September 2018 the Polish Central Bureau of Investigation in Gdansk dismantled an illegal print shop producing counterfeit EUR 50 banknotes. The printer sold the counterfeit banknotes on illegal darknet marketplaces and sent them all over the European Union and beyond.Europol Announcement
Europol alerted the competent authorities in Poland of the first traces of this criminal activity. Poland then further used the information and after a long and thorough investigation in close cooperation with Austrian law enforcement, coordinated by Europol through several operational meetings, officers were finally able to identify and locate the suspect. 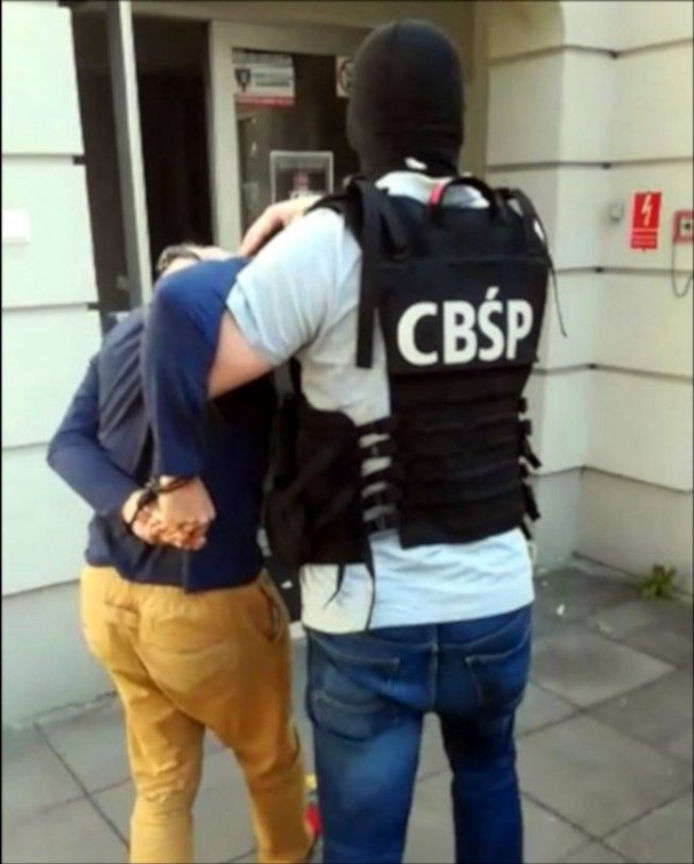 In a coordinated investigation between different police units, the suspect was arrested last Friday when he was on his way to send dozens of envelopes filled with counterfeit 50 euro banknotes to his customers all over Europe. During the house searches in Gdynia that followed, a fully digital print shop was dismantled and more finished counterfeit banknotes were seized.
The suspect had been active as a vendor on different darknet platforms for many years and had built up a strong reputation. He is suspected of being responsible for producing over 10 000 counterfeit EUR 50 banknotes.
When investigating suspects who are active on the darknet, many units need to cooperate and work together closely. This case is an example of the excellent cooperation between Europol, Austria and the different Polish police units and resulted in the arrest of a darknet criminal who has been active for several years now. The main suspect has been arrested and faces a punishment of 5 to 25 years in prison.
LinkGdańsk Central Bureau of Investigation Announcement
Once again, the cooperation of many institutions, exchange of information and excellent recognition of criminal circles resulted in success on the international arena. This time, the police officers from the Gdansk CBŚP Police Station detained a man suspected of counterfeiting foreign means of payment, in this case the euro. The first information about criminal activity reached the Crime Bureau of the Police Headquarters of Europol. CBŚP, in cooperation with the Austrian Police, determined that counterfeit euro notes were sold via the Internet to many countries. 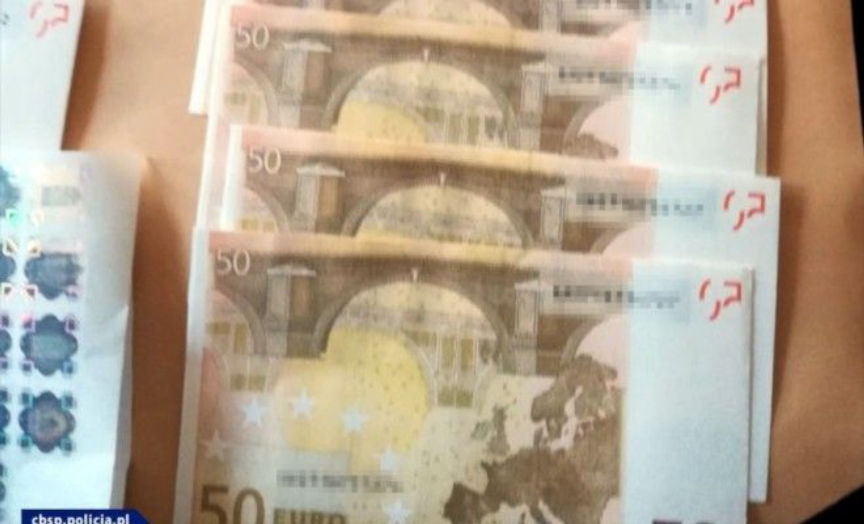 Police officers at the Central Bureau of Investigation in Gdańsk received information about falsification of euro banknotes in Poland. The officers received this message from Europol through the KGP Crime Bureau. They immediately cooperated with the Austrian police to establish and stop the suspect, while preventing him from further counterfeiting.
Police officers from the Central Bureau of Investigation and Police together with the Austrian Police explained the matter in detail, minutely analyzing the information collected. Everything indicated that the proceedings could last for several years, and the recipients were people from all over Europe. The amount of previously faked banknotes can be counted even in thousands of pieces. 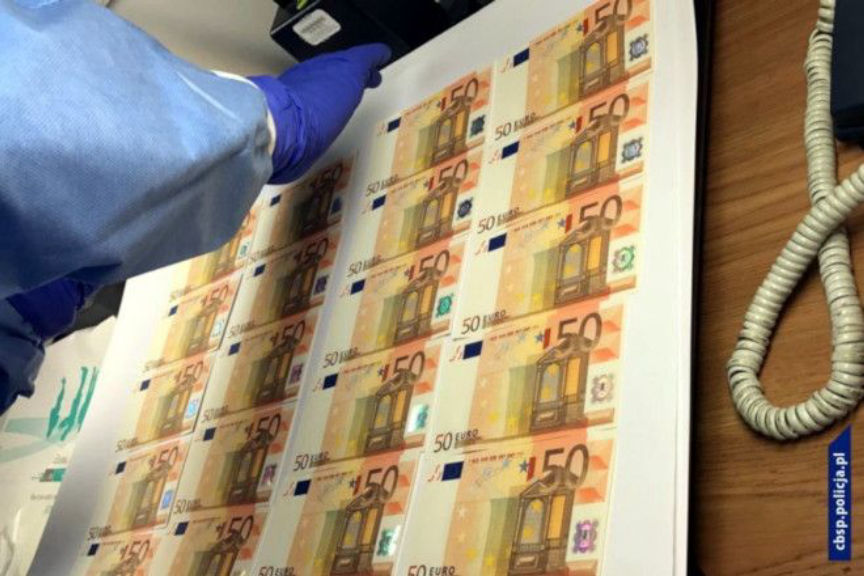 As a result of the actions and cooperation undertaken, the investigators found that criminal activity is taking place in Gdynia. During the activities, three letters were secured, in which several dozen counterfeit 50 euro notes were placed. They were addressed to recipients in various European countries. Thanks to the vast experience of the Central Military Police officers in combating cybercrime, a man who has just been using the Internet network has been arrested. “Darknet”. As it turned out in the apartment, another batch of dozens of counterfeit notes was also printed. The materials disclosed on the spot indicated that it was possible to produce at least several hundred banknotes. 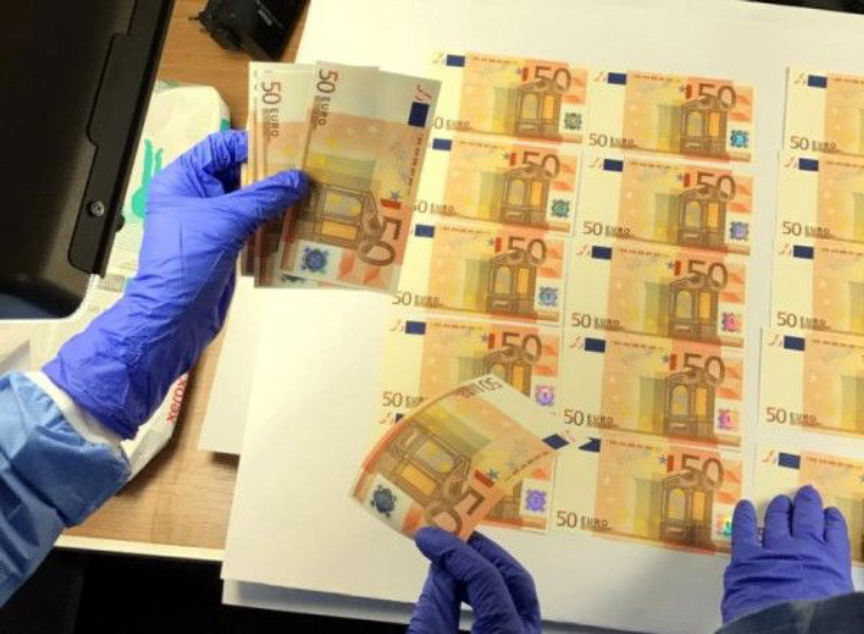 In cooperation with the Forensic Laboratory of the Military Police Headquarters in Gdańsk and experts in the field of computer forensics, evidence was collected that allowed the Prosecutor of the Pomeranian Branch Department of Organized Crime and Corruption of the National Prosecutor’s Office in Gdańsk to initiate investigations and charges. On the basis of the collected material, the court applied a preventive measure in the form of temporary detention.
Counterfeiting of money, in this case euro banknotes, is punishable by a penalty of 25 years imprisonment, for a minimum period of 5 years.
It should be mentioned that the matter is of international nature and further activities are carried out to determine the full scale of the offense.
Link