~3 min read | Published on 2019-10-27, tagged Bitcoin, Darkweb-Vendor, Forfeits, General-News using 612 words.
A United States judge ordered Christopher Bania, a recently convicted darkweb dealer who admitted selling a variety of drugs on Alphabay, Hansa, Dream Market, and others, to forfeit more than $150,000 in Bitcoin.
Bania, a 26-year-old from Wisconsin, pleaded guilty to a single charge of possession with intent to distribute controlled substances in September 2019. He admitted selling more than one million dollars worth of drugs on several darkweb marketplaces. Court documents revealed that he had distributed MDMA, LSD, marijuana, and cocaine on the darkweb. 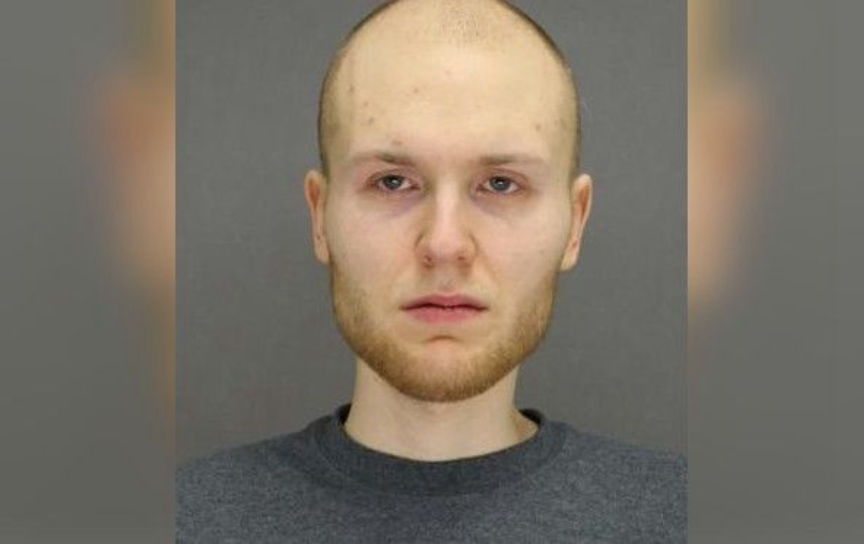 During the raid at Bania’s house, law enforcement seized methamphetamine and heroin. He denied ever selling those substances on the darkweb. Authorities also seized 124 Bitcoin, $50,000 in cash, and a variety of altcoins. They had originally charged Bania with possession with the intent to distribute controlled substances, maintaining a residence for the purpose of drug distribution, unlawful importation of controlled substances into the United States, and money laundering related to activity occurring between February of 2016 and continuing until his arrest on March 5, 2019.
The full list of items seized during the raid was included in the court filings: 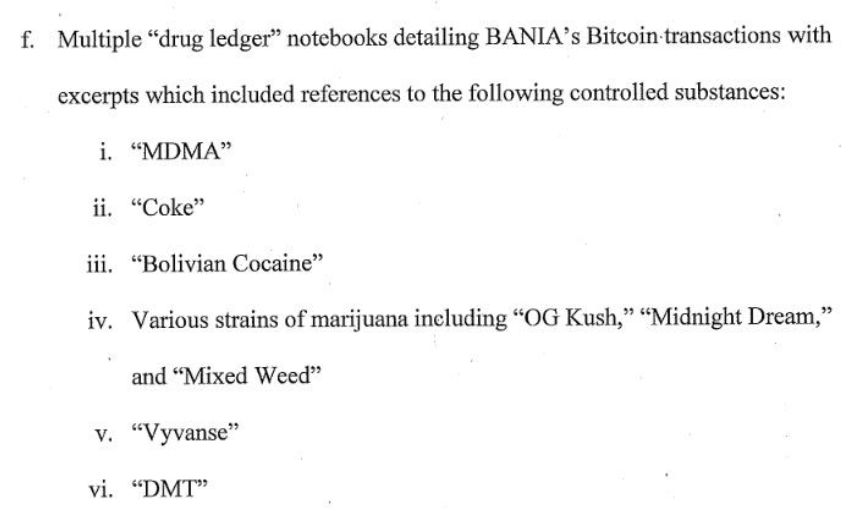 They also included details from the so-called “meticulous log books” that detailed Bania’s operation. In one court document, authorities provided a list of drug purchases by Bania:


The government allowed him to enter a guilty plea to a single count of possession of controlled substances with intent to distribute. An October 19 court order directed Bania to forfeit the following cash and cryptocurrency:
Approximately $6,099.44 of the approximately $26,726.11 in United States currency seized from the defendant’s Associated Bank checking account. And approximately 16.91880054 Bitcoin seized from Bania’s “Local Bitcoins” account.
The order also directed the government to dismiss the following assets from the Bill of Particulars:


The judge additionally ordered the United States to return $20,626.67 of the approximately $26,726.11 in United States currency seized from Bania’s Associated Bank checking account.
A sentencing hearing is scheduled for December 9, 2019.
United States Customs launched an investigation into Bania after intercepting two packages of drugs that Bania had ordered from a supplier in Belgium. After obtaining a search warrant and locating Bania’s “meticulous” notes, the government had enough evidence to obtain a conviction. Previous articles about the case are below:
DOJ: Wisconsin Man Sold Drugs on Dream Market, Alphabay, and Wallstreet Market
Wisconsin Man Admits Selling MDMA on the Darkweb