Woman Allegedly Tried to Hire a Hitman to Kill Her Parents

~2 min read | Published on 2022-05-11, tagged General-News, Murder-for-Hire using 399 words.
A woman who allegedly hired a hitman on the darkweb to kill her parents is planning to stand trial.
On May 10, 2022, a 27-year-old woman pleaded not guilty to two counts of inciting murder at the ACT Magistrates Court. The defendant had already pleaded not guilty to attempted murder charges at a previous hearing. Magistrate James Stewart remanded the defendant into custody for a hearing on May 19 on trial-related details. 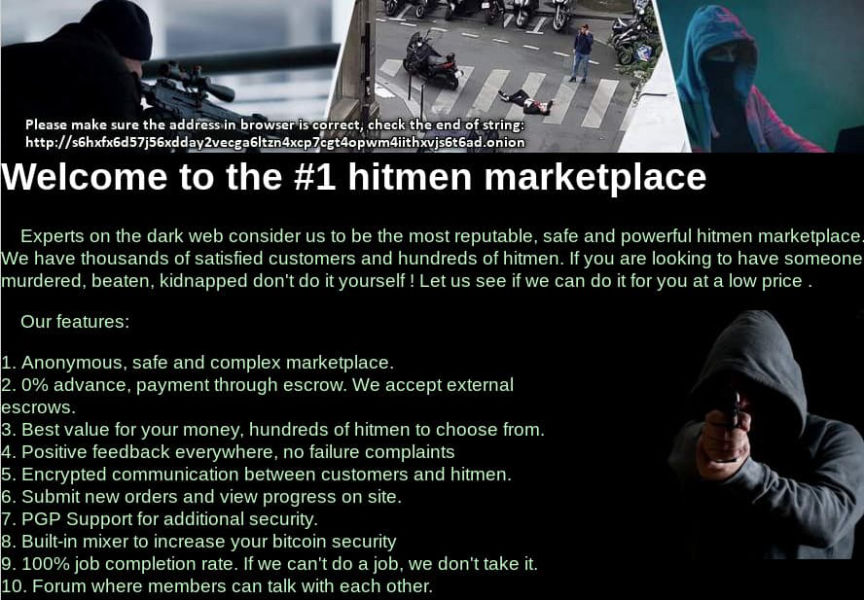 The hitman site in question is gone. The site pictured is a nearly identical replacement.

The investigation began in October 2020 after a journalist contacted Australian Capital Territory Policing about a murder-for-hire plot. The journalist provided police with evidence that someone in Canberra had agreed to pay a hitman $20,000 to kill two people. Investigators believe she had only paid $6,000 out of the agreed $20,000 contract.
According to police, the defendant entered her parents’ house when they were out and transferred $15,000 from her parents’ bank account into a bank account they shared with the defendant. Later she moved the stolen money to her bank account.
On September 24, 2020, the defendant allegedly used the stolen money to buy $6,000 in Bitcoin. She then sent $6,000 in Bitcoin to the administrator of the darkweb murder-for-hire site “The Sinaloa Cartel Marketplace.” 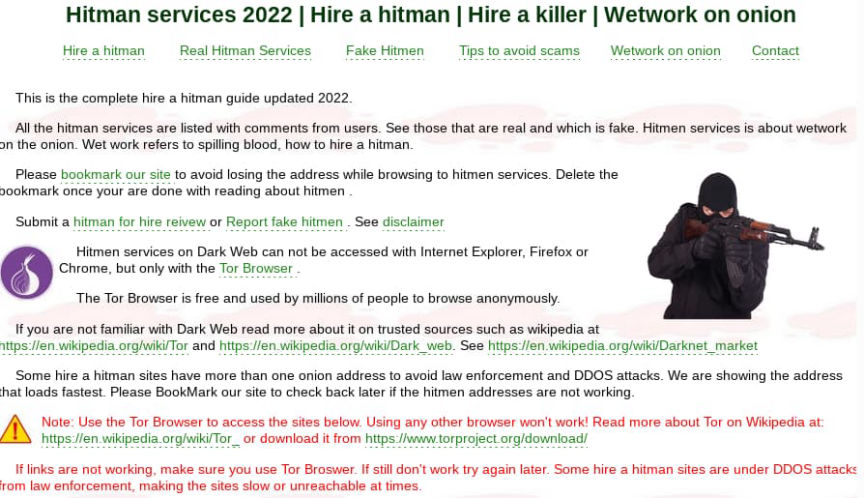 The Sinaloa Cartel Marketplace now directs visitors to this directory of hitman sites.

“Having trouble using the shop function to submit job inquiry, so will do it here. Willing to pay $20,000AUD to have this done as soon as possible. 2 individuals, death by accident if at all possible,” she wrote in a message to the site administrator, “Juan.” Police alleged that she sent Juan the names and addresses of her parents. “I require this job to be done ASAP.”
In October 2020, police interviewed the parents. The police learned that their children would be entitled to an equal share of their 8 million dollar estate if they died. 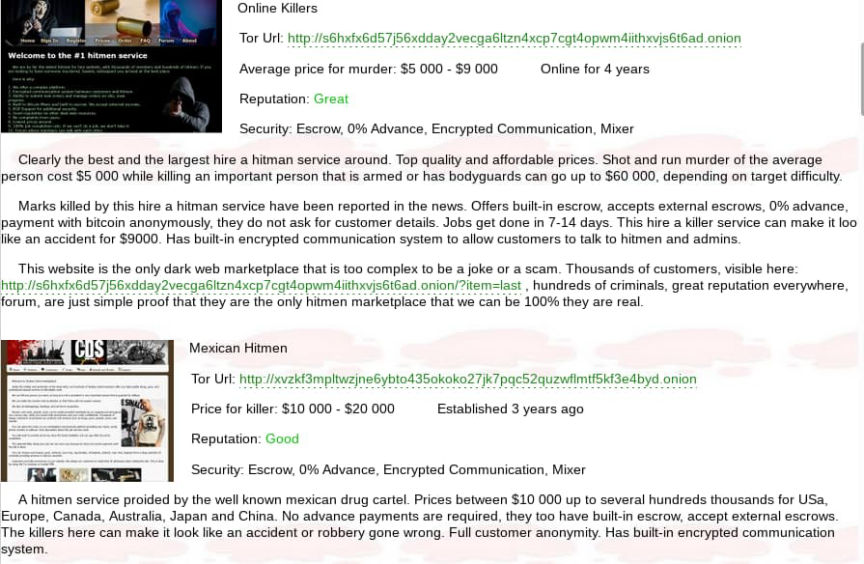 Conspicuously, the sites operated by the site owner are the top hitman sites.