~6 min read | Published on 2019-08-30, tagged Alphabay, Darkweb-Vendor, Sentenced using 1287 words.
A federal jury in Utah returned guilty verdicts for 12 of the 13 counts in an indictment against Aaron Shamo for his role as the leader of a massive darkweb drug trafficking conspiracy. The jury ruled that Shamo–using the vendor account Pharma-Master–had shipped counterfeit oxycodone and counterfeit Xanax pills to buyers in all 50 States.
The announcement summarized the case against Shamo:
Shamo and his co-conspirators purchased pill presses to manufacture pills so they would appear to be legitimate pharmaceutical drugs. Shamo then distributed the controlled substances to other individuals for distribution in all 50 states using their storefront, PHARMA-MASTER, on the Dark Net marketplace AlphaBay and the U.S. mail. Federal law enforcement agents and prosecutors say an undercover purchase of 100 oxycodone is a substantial step in an investigation. Shamo sold half a million pills – or more. 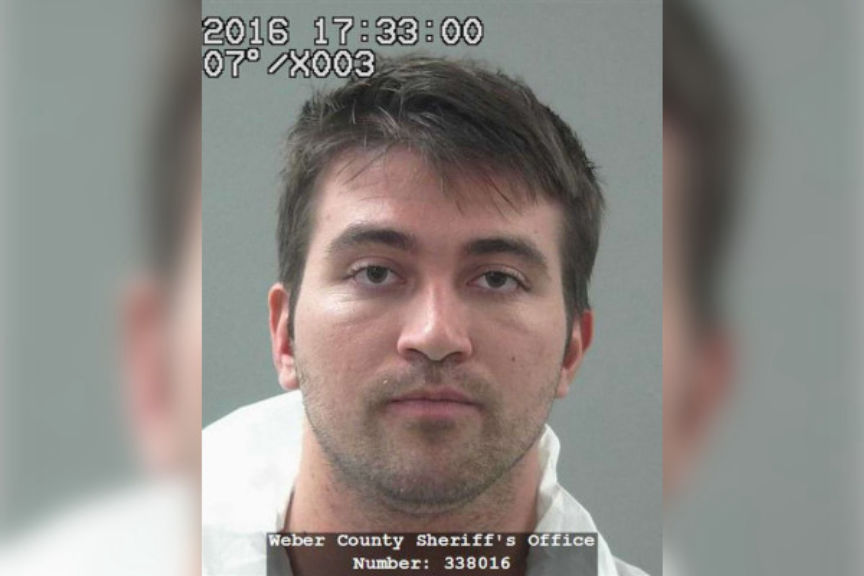 The jury deliberated for nine hours over two days before finding Shamo guilty of the following charges:


The jury did not render a verdict on one of the counts in the indictment pertaining to an alleged Pharma-Master customer fatally overdosing on Shamo’s product (aiding and abetting the distribution of fentanyl resulting in death).
Other media outlets have covered the news of the conviction and there is nothing to add to those stories. No new information about the case surfaced as a result of the jury’s decision and subsequent announcements from government officials.
It is worth noting that the government charged Shamo with one count of Continuing Criminal Enterprise (CCE Statute). Many of the CCE cases involve fairly well known defendants such as Ross Ulbricht and “El Chapo.” Ulbricht ran the Silk Road and El Chapo ran the Sinaloa Cartel. The charge is also known as the Kingpin Statute. It carries a mandatory minimum of 20 years in prison and a maximum of life. A provision to the law under subsection (b) increases the mandatory minimum sentence to life imprisonment if the defendant is

In simpler terms, the mandatory minimum is increased to life imprisonment if the defendant served as the leader of the criminal enterprise and either sold more than 300 times the quantity of drugs that would trigger five-year mandatory minimums for possession or earned more than $10 million in one year.
None of the post-Gwern darkweb drug trafficking cases involved CCE charges or convictions as far as I can tell, making Shamo the first darkweb vendor convicted of the CCE Statute.
Statements

Assistant U.S. Attorney Vernon Stejskal:
Aaron Shamo knew the nation was on fire with opioids and he poured fuel on the flames, over and over and over, never getting burned himself, but causing pain and misery wherever his fire spread. Aaron Shamo could be considered the face of the opioid epidemic. He was a profiteer, callously making millions of dollars and living a life of leisure while exploiting those suffering through opioid addiction.

U.S. Attorney John W. Huber:
The opioid crisis has devastated individuals, families, and entire communities across the nation. Aaron Shamo controlled and led a highly profitable organization that delivered fentanyl-laced counterfeit pills to every state in the union. Though his customers remained faceless on the dark web, their despair was real. Shamo profited off that despair and a jury of his peers has held him accountable.

Utah Attorney General Sean D. Reyes:
We may never know the full extent of the lives lost or the families harmed by Aaron Shamo’s deadly enterprise as a global drug dealer. Shamo’s conviction today is a significant victory in the ongoing war on illegal opioids in our state and nation. Utahns owe a debt of gratitude to all involved in taking down this predator.

Brian S. Besser, DEA District Agent in Charge:
The rapid emergence of extremely potent and highly addictive synthetic opioids has drastically changed the landscape for both drug addiction and drug enforcement. Fentanyl and its many analogues are lethal in just milligrams. Any criminal exploitation of this powerful drug poses a significant public safety threat to our community, to those struggling with opioid addiction, and to the many first responders who diligently strive to keep us safe. The DEA is committed to aggressively identify and investigate any person or organization trafficking in or clandestinely manufacturing synthetic opioids for profit.

The comprehensive investigation into the Aaron Shamo counterfeit pill manufacturing network shows how dangerous these enterprises are. The subsequent conviction of Mr. Shamo proves that those who operate with blatant disregard for public safety will bear the full weight of the law and be held accountable for their crimes.

Steven Cagen, Special Agent in Charge of U.S. Homeland Security Investigations in Denver:
A major narcotics and money laundering operation was dismantled due to the technological expertise of our agents and law enforcement partners. Criminals who ruthlessly seek profits and personal gain at the expense of victims in our communities can’t hide in the dark web. We remain steadfast in our resolve to bring to justice those that push dangerous drugs into our neighborhoods and contribute to the epidemic of opioid addiction in our country.

Special Agent in Charge Charles L. Grinstead, FDA Office of Criminal Investigations Kansas City Field Office:
The illegal manufacture and distribution of opioids can result in overdoses and deaths, further fueling the national crisis. The FDA is committed to doing our part to disrupt and dismantle illegal prescription drug manufacturing and distribution networks, including those that import raw materials from overseas to create counterfeit drugs, and misuse the internet to distribute those drugs with reckless disregard of the risk to public health and safety.

Acting Inspector in Charge Jessica Wagner of the U.S. Postal Inspection Service, Phoenix Division:
Postal Inspectors are committed to keeping the U.S. Mail safe for all. As criminals change their methods, we continue to adapt, capture, and hold the perpetrators accountable. Along with our excellent law enforcement partners, we will continue to show criminals the dark web is never truly anonymous.

Darknetlive has some articles about the case but the best story on Shamo’s role is an article published on the Deseret News website:
From Mormon kid to alleged drug kingpin: Inside the rise and fall of Aaron Shamo
And from darknetlive about the superceding indictment:
Pharma-Master Charged in New Fatal Overdose Case