~7 min read | Published on 2022-01-16, tagged Darkweb-Market, Exit-Scammed using 1646 words.
Monopoly Market vanished in late December 2021 at roughly the same time the administrator of Cartel Market disappeared.
[i]Note about DNS leaks for beginners: Nearly every link in this article is a Dread link. Without a configuration (on your COMPUTER MACHINE) intended to prevent DNS leaks, clicking one (USING YOUR MOUSE CURSOR TO “TOUCH” ONE) in a normal browser (A BROWSER THAT IS NOT THE TOR BROWSER) could result in the request being sent to your DNS resolver (NOT GOOD). If you have configured your DNSPort, TransPort, resolv.conf, etc., then why are you still reading this? You are not a beginner.[/em]
To start us off, the best Dread comment about the entire ordeal is the following one.
HE AINT EXIT HE JUST CLOSE DOWN WITHOUT TELLIN NOBODY

– /u/donkeysquadrebornMonopoly Market
Users of Monopoly Market last accessed the market in late December 2021. Based on an examination of comments posted on Dread by the /u/MonopolyOfficial account as well as comments posted in the /d/monopoly subdread, it appears as if the market went offline at some point during December 28. The administrator fairly actively responded to comments from genuine users asking questions about the downtime as well as one-day-old accounts attempting to take advantage of the situation by sharing their “insider information.”

Not the official Monopoly Market logo.

On December 29, /u/MonopolyOfficial responded to a user’s request for an ETA with the following:
I cannot give an ETA, and I am not going to sit in public going into details as to why we are down right now. It’s not appropriate, some things are not to be discussed in public. The fact I am here doing my best to ease the retards should be enough to tell you that we are not trying to exit scam. What the fuck would be the point? If I was exiting, I would have taken your money and been offline right now. Why would I be here, with an offline market trying to convince people otherwise… We are experiencing downtime during the holiday period, our hands are tied right now unless of course something bad has happened and I am just unaware of it right now which I do not believe to be the case.

I am right now looking at the escrow funds, I can assure you if you guys had something to worry about I would too be worrying as the balance would be 0.

The error code displayed when visiting Monopoly is <code>"X'F0' Onion Service Descriptor Can Not be Found.</code>" According to one Dread user, the market threw a 500 error before finally going offline (with the SOCKS5 error above) on December 28.
There is very little information on any public platform about what happened. And as of this article, all that is publicly available seems to be speculation. ShakyBeats, a well-known Dread moderator, locked down Monopoly’s subdread in an attempt to limit the brand new accounts from spreading “FUD and crazy theories.” In the post announcing the lockdown, ShakyBeats wrote, “scam? busted? Overdosed? We may never know what happened to /u/MonopolyOfficial.”
[img=]lol[/img]

The fallout on Monopoly’s subdread unfolded the way you might expect, given Monopoly’s history on Dread. On ShakyBeats’ lockdown post, one user wrote, “Any idea why german markets always screw up at the end? It’s strange…” In a different thread, the user wrote, “he was from Germany, everybody knows that.” In another, “German markets always screw up at the end. Wonder why?” The same user posted a thread about the estimated value of the escrow wallet for the “german dark market Monopoly.” These people are clearly very familiar with the market.
[img=]Obviously these are totally organic posts from users who happened to sign up on December 28[/img]

In the thread titled “Busted,” a different commenter asked if the “admin who is clearly of British origin” had exited or been arrested. One user had this to add: “well I heard about the drives on his server got seized or something like that…”
I have linked a couple of the threads in the paragraph above if the quotes failed to demonstrate the quality of the information available about the purported exit scam.
There are essentially three camps on Dread that I have seen:


“Monopoly went to jail,” a user said in one thread while explaining in another that the value of the stolen escrow wallet was “not enough for the ten years jail he will get when he is convicted.” He may or may not be in jail; I could provide only speculations of my own. But I think the part of the comment about the relatively small amount of cryptocurrency in escrow had merit. Monopoly had, at the time of the disappearance, less than 200 vendors. Not all of the vendors had finalize early (FE) privileges. One vendor on Dread stated that if Monopoly had waited another day to vanish (in the case of an exit scam), he would have collected his commission from vendors with FE privileges. There seems to be some dispute about the length of the cycle on Monopoly. According to vendors on Dread, the cycle is either 23 days or 30 days(???).
[img=]The error became sentient and deleted the market.[/img]

Among the Dread comments with useful information was one by the user /u/lolwhatsecurity that explained how theft from Monopoly, being a “walletless” market, would work. A walletless market, as demonstrated by Monopoly, is not unable to disappear with user funds. MonopolyOfficial explained this as well back in October 2021.<details id="skip-if-you-know-how-monopoly-worked."><summary class="u__s a2w">Skip if you know how Monopoly worked.</summary><div class="a2x">
Not all vendors had FE privileges.

It was walletless sort of how WHM was walletless. You pay the amount required when placing an order but it could be in escrow for up to 30 days. The difference was if there was a refund or the order wasn’t accepted the coins would go back into the wallet you specified when placing the order and not a wallet controlled by the market. An exit scam would be possible. However, the admin always spoke as if a direct deal was the goal for all vendors and it wasn’t a big market. It had around 180 vendors.

On top of that vendors had a fairly low number of orders that could be open at any one time. A new, non-FE vendor could have 50 (I think) orders open.

Lastly, they’d closed applications for new vendors a couple of months ago. It wasn’t an ideal setup for an exit scam.
</details>
Paris, a Dread administrator, wrote “right now we got a couple of theories all of them are not the best outcomes.”Cartel Market
The administrator of Cartel Market strangely vanished alongside Monopoly. The last update from the market is from the Cartel Market staffer Ryuu in a post titled “The Situation” which was created on December 29. Below the quote are some hard references to the days mentioned by Ryuu.
So everyone knows that we got hit by DDOS on past Friday, /u/6ix said that only on Monday things will probably be back to normal, and that was the last time we spoke, he is offline for 6 days now. I don’t have access to the backend and I don’t know if something happened with him. But I really believe that some serious shit is going on with him, I hope it’s not the case. I talked with dread staff and we are going to wait a couple more days because of the holidays to see if something change. 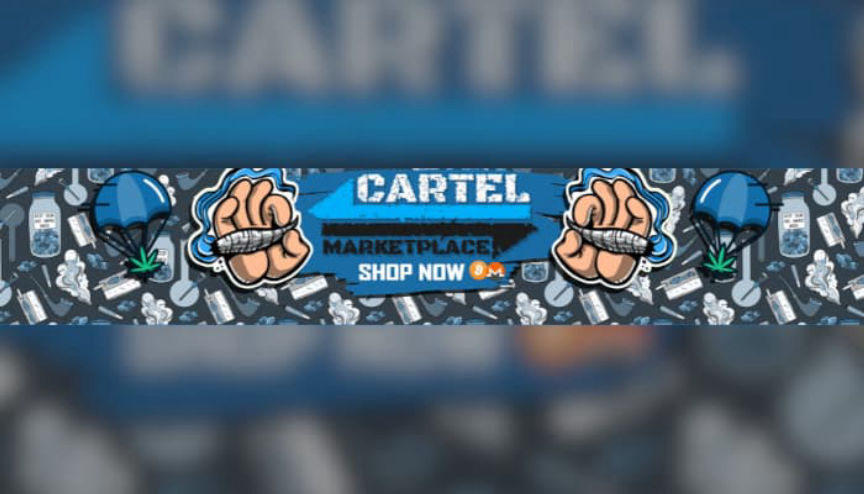 Between Ryuu’s first announcement concerning site issues on December 23 and December 27, users had limited access to the market and reported seeing a 502 error (which is not really useful information outside of serving as a marker for the market’s different stages of “gone”). On December 27, users reported seeing the SOCKS5 error <code>"X'F0' Onion Service Descriptor Can Not be Found.</code>"
On a post about Cartel Market returning, Paris wrote, “sorry to break it to ya but most signs point to no right now. Same with monopoly.”
[img=]This means your markets are gone.[/img]

Ryuu wrote that they thought “something serious [had] happened with [the administrator of Cartel Market].” This sentiment has been repeated to this author by others, including well-known actors in this market sector. It is hard to imagine such a new market having an escrow balance worth stealing in an exit scam. But that is speculation.
ShakyBeats, in their comment about locking down the Cartel subdread, wrote, “This is very unlike their admin, but right now it is looking either he exit scammed, or something more serious happened. I’d rather be cautious until we know for sure. /u/6ix if you see this please get in contact with one of the Dread staff so we can sort this out and give you back your sub.”
Some odd things are happening right now in this sector, including abnormal behavior from other onion service administrators. However, those oddities are hardly necessary to view the simultaneous disappearances of Monopoly and Cartel as a strange continuation of markets retiring or exit scamming around the same general quarter. In three months, White House Market announced their retirement, Cannazon announced their retirement, ToRReZ announced their retirement, Monopoly vanished, and Cartel vanished.
These markets are gone.
[img=]“I have no problem giving entitled shits a dose of their own medicine”[/img]

Also, Monopoly’s canary expired before the market vanished. I seem to recall it being nine days old at one point. Did this ever get updated?