~5 min read | Published on 2018-12-01, tagged Darkweb-Vendor, Drug-Bust, Drugs, General-News, Sentenced using 1026 words.
A Maryland judge sentenced a man to 57 months in prison for drug distribution and money laundering. He had assisted in the distribution of millions of dollars of Xanax pills on the darkweb.Ryan Farace Sentence Announcement
Baltimore, Maryland – U.S. District Judge Catherine C. Blake sentenced Ryan Farace, age 34, of Reisterstown, Maryland, today to 57 months in prison, followed by three years of supervised release, for drug distribution and money laundering conspiracies. The charges arose from a scheme to manufacture and distribute alprazolam tablets, which are typically sold under the brand name “Xanax,” through sales on the dark web in exchange for Bitcoin. Farace and his co-conspirator, Robert Swain, laundered the drug proceeds through financial transactions designed to conceal the source and ownership of the illegal funds. Judge Blake ordered that Farace must forfeit a money judgment equal to $5,665,000 and 4,000 Bitcoin. Farace was also ordered to forfeit assets seized by law enforcement during the execution of search warrants on January 16, 2018, at locations associated with the conspiracies, including approximately $1.5 million in cash, 1.100 bitcoin and approximately $2.5 million in computer equipment. Robert Swain, age 34, of Freeland, Maryland, previously pleaded guilty to the money laundering conspiracy and faces a maximum of 20 years in prison at his sentencing on January 25, 2019. 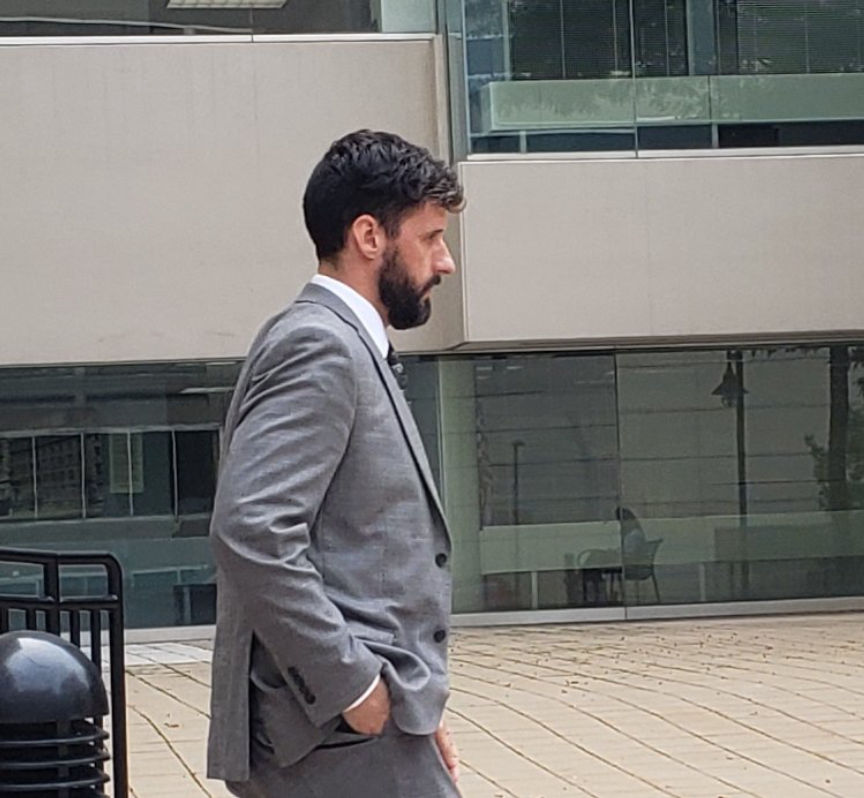 The sentence was announced by United States Attorney for the District of Maryland Robert K. Hur; Assistant Special Agent in Charge Don Hibbert of the Drug Enforcement Administration - Washington; Acting Special Agent in Charge Cardell T. Morant of U.S. Immigration and Customs Enforcement’s (ICE) Homeland Security Investigations (HSI); Postal Inspector in Charge Peter R. Rendina of the U.S. Postal Inspection Service – Washington Division; Special Agent in Charge Kelly R. Jackson of the Internal Revenue Service (IRS) – Criminal Investigation; U.S. Marshal for the District of Maryland Johnny Hughes; Chief Terrence B. Sheridan of the Baltimore County Police Department; Interim Commissioner Gary Tuggle of the Baltimore Police Department; Chief Gary Gardner of the Howard County Police Department; and Anne Arundel County Police Chief Tim Altomare.
“Federal law enforcement and our international partners are working together to find and prosecute those who use the dark web to sell drugs and launder the proceeds of their drug dealing,” said U.S. Attorney Robert K. Hur. “The sentence imposed today demonstrates that committing crimes through the dark web does not protect you from prosecution. We will find you and we will prosecute you.”

“Those that are facilitating the abuse of controlled dangerous substances are negatively impacting our entire community and will be held accountable,” said Kelly R. Jackson, Special Agent in Charge, IRS Criminal Investigation, Washington, D.C. Field Office. “Today’s sentencing is a reminder that IRS-CI will remain vigilant in our investigation of these crimes and will continue to work with our law enforcement partners to combat this type of criminal conduct.”

According to his plea agreement, from November 2013 through June 2017, Farace purchased narcotics manufacturing equipment, including pill presses and counterfeit “Xanax” pill molds, which he used to press loose alprazolam powder into tablet or pill form, to resemble genuine Xanax pills. Farace solicited orders for the alprazolam pills on dark web marketplaces and sold alprazolam pills directly to buyers in exchange for Bitcoin.
Bitcoin is a form of digital currency that does not exist in any physical form. It is not issued or controlled by any government, bank, or company, but is generated and controlled automatically through computer software operating on a decentralized peer-to-peer network. Bitcoin can be exchanged for conventional currency, with the exchange rate determined on the open market.
Farace admitted that he communicated with his customers through encrypted electronic messages and shipped the completed pill orders through the U.S. mail. Farace admitted that the postage for these packages was usually paid using pre-paid debit cards that Farace obtained in the names of, and with the personal identifying information of, other people. Law enforcement also recovered fake driver’s licenses in the names of those individuals, one bearing Farace’s photograph when they executed a federal search warrant at Farace’s home on January 16, 2018. Based on data recovered from dark web marketplaces seized by law enforcement, Farace distributed more than 920,000 alprazolam pills between December 2013 and March 2017.
From at least July 2015 until February 2017, Farace and Swain conspired with others to launder the proceeds of the illegal drug sales by conducting financial transactions designed to conceal and disguise the nature, source, ownership and control of the illegal drug proceeds. Specifically, Farace used pseudonyms to contact a co-conspirator through dark web marketplaces and encrypted messages in order to exchange Bitcoin he received from his drug trafficking for cash. The co-conspirator would then mail or ship packages of U.S. currency equivalent to the value of the Bitcoin received, less a fee, to mailing addresses provided by Farace. To conceal the fact that he was receiving cash, Farace, and later Swain, opened post office boxes at U.S. Post Offices and private rental mailboxes in fake names. Swain knew that Farace was receiving cash and drugs at these mailboxes and that the cash was the proceeds of Farace’s drug trafficking. During the course of the conspiracy, Farace received cash totaling more than $5 million, through the mails, which he had exchanged for Bitcoin earned from drug trafficking. In addition, Farace and Swain drove to New Jersey so that Swain could collect $200,000 in cash that Farace had exchanged for Bitcoin. During the in-person meeting on February 16, 2017, Swain provided a fictitious name to the individual he met and falsely stated that the Bitcoin and cash were his own. Farace and Swain later tried unsuccessfully to exchange Bitcoin for $400,000 in cash with the same individual.
United States Attorney Robert K. Hur commended the DEA, HSI, the U.S. Postal Inspection Service, the IRS-Criminal Investigation; the U.S. Marshals Service, and the Baltimore County, Baltimore City, Howard, and Anne Arundel County Police Departments for their work in the investigation. Mr. Hur thanked Assistant U.S. Attorneys Dana J. Brusca and Zachary B. Stendig, who are prosecuting this Organized Crime Drug Enforcement Task Force case.
Previous Articles: