~3 min read | Published on 2018-11-02, tagged Arrested, Darkweb-Vendor using 645 words.
The Latvian State Revenue Service arrested three suspected darkweb drug dealers, a recent announcement explained. They allegedly sold MDMA, LSD, and other psychedelics.Three Latvians Arrested for Darkweb Drug Distribution
[Translated by Google Translate with very minor edits for clarity]
Officials of the Tax and Customs Police Department of the State Revenue Service (SRS) detained three suspects for the mailing of multiple drugs and psychotropic substances. These people ordered various drugs on illegal online sales sites in the so-called “darknet” (DarkNet), a hidden internet that can connect to a non-standard browser that conceals identity and paid for it with virtual money, or a cryptocurrency.
In October, when investigating several criminal proceedings initiated between April and October this year, the SRS Tax and Customs Police arrested three persons - citizens of the Republic of Latvia born in 1988, 1993, and 1994. All these people commissioned various drugs from the Netherlands and Germany via the “darknet” and paid for them with a cryptocurrency. Within the framework of criminal proceedings, 23 postal items were withdrawn in total in the letter separation section of the SJSC “Latvijas Pasts”. 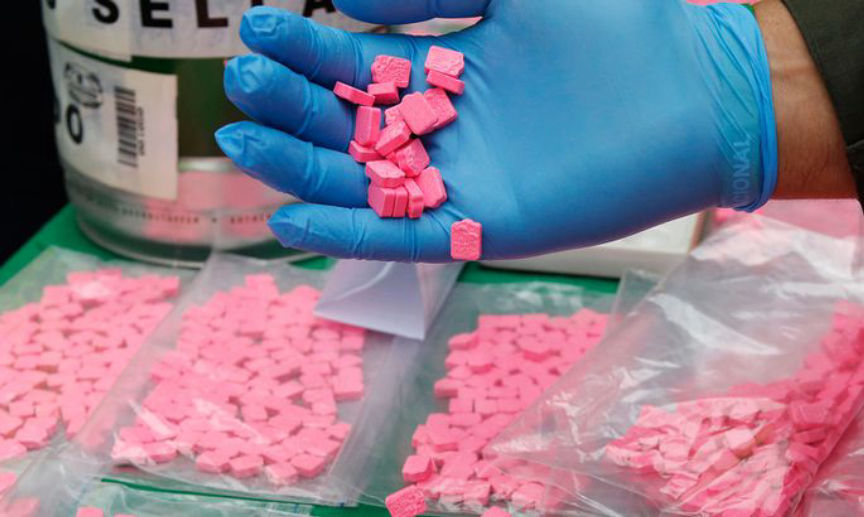 Director of the Department of Taxation and Customs Police of the SRS Kaspars Podins recalls that smuggling of narcotics is a serious or very serious crime, which is punishable by criminal liability and a sentence of imprisonment for a term of five to ten years.
He emphasizes: “It is more than easy to rely on the possibility of staying unpunished and not penalized, since postal items are also controlled and subject to all restrictions and prohibitions provided by regulatory enactments regarding the transfer of goods and objects across the state border. Therefore, we call on everyone, and especially young people, to recognize the dramatic consequences of the threat of such reckless behavior and to abandon it in a timely manner.”
The first detainee ordered seven postal items of narcotic drugs from Germany and the Netherlands from April to October this year. 55 to 105 MDMA tablets or 3.4 ml of methyldioxymethyl-amphetamine were detected in each consignment. During the search at the place of detention, a significant amount of narcotic substances and related items were taken away - around 20g of marijuana, 16 colored tablets, 11 with LSD imprinted paper, two polymer packs containing 50-60 split tablet pieces, two shredders, one a heater, two weights and several hundreds of polymer packages. The detainee admitted that these substances were intended for further sale.
The other detainee ordered 11 mail from the Netherlands from May to September this year. In order to disguise the recipient of the actual consignments, false personal data and various receipt addresses of the consignment were indicated on the postal items. 102 different types of MDMA-containing pills and 11 LSD-stamped paper were discovered in the consignments. More than one MDMA-containing tablet and weapon-like object were removed from the search of a person’s place of residence.
Both of these persons have been identified as suspects and two security measures have been applied - transfer under police supervision and a ban on leaving the Republic of Latvia without the permission of the processor.
The third detained person from the Netherlands ordered five postal items. They contained a crystalline MDMA containing substance. This person also ordered the drug in “darknet” and paid for it with a kryptovalue. Various narcotic and psychotropic substances were removed during the search of this person’s place of residence. The detained person is recognized as a suspect; this is subject to a non-custodial security measure.Latvian Revenue Service
Criminal proceedings against them initiated by the Criminal Law Article 190 1 of the draft Regulation in the first and second paragraph of the offense defined characteristics, that is, about the possible drugs, psychotropic or new psychoactive substances, as well as products containing or precursors, whose circulation is restricted or prohibited, transferring illegally across the State border of the Republic of Latvia, and if committed to a large extent.
Source: vid.govl.lv