Four Sentenced for Selling on Alphabay

~3 min read | Published on 2019-08-27, tagged Alphabay, Darkweb-Vendor, Sentenced using 732 words.
A court in Phoenix, Arizona, sentenced four defendants to varying prison sentences for conspiracy to distribute controlled substances and conspiracy to launder proceeds from drug distribution. They operated the vendor account “Iceman21” on several darkweb marketplaces, including Alphabay, Dream, and Hansa Market.
Senior U.S. District Judge James A. Teilborg most recently sentenced the last defendant, Kevin Dean McCoy, 28, of Tucson, Arizona, to 15 years in federal prison for conspiracy to distribute controlled substances and launder proceeds from drug distribution. McCoy had previously pleaded guilty to both charges. His co-defendants, including his fiance, previously pleaded guilty to the same charges in connection with the same darkweb drug trafficking conspiracy.
Silvester Ruelas, his primary co-conspirator, received a 15-year prison sentence. His fiance, Amber Worrell received a 10-year prison sentence. Peggy Gomez, received a 5-year prison sentence. The defendants all pleaded guilty to the same crimes and included the details of the operation in their guilty pleas. The plea agreements filed in Arizona District Court identified the co-conspirators and the role each co-conspirator played in the drug trafficking operation.
Acting Inspector in Charge Jessica Wagner of the United States Postal Inspection Service, during sentencing, said the following:
This investigation once again showcases the excellent collaboration between the United States Postal Inspection Service and other law enforcement agencies. Through these partnerships, we continue working to keep our communities safe from the spread of illegal narcotics purchased through the dark web. We continue to challenge the anonymous nature of the dark web, proving time and again you are never truly anonymous.

According to the information provided in the plea agreement, McCoy opened the first Iceman21 account on a darkweb market in June 2015. He admitted acting as the drug trafficking organization’s primary conspirator. After opening the Iceman21 account, McCoy opened an account on Localbitcoins.com under the username Bitman90. He admitted using the Localbitcoins.com account to launder the proceeds of the drug trafficking organization into accounts operated by his co-conspirators under fictitious business names. 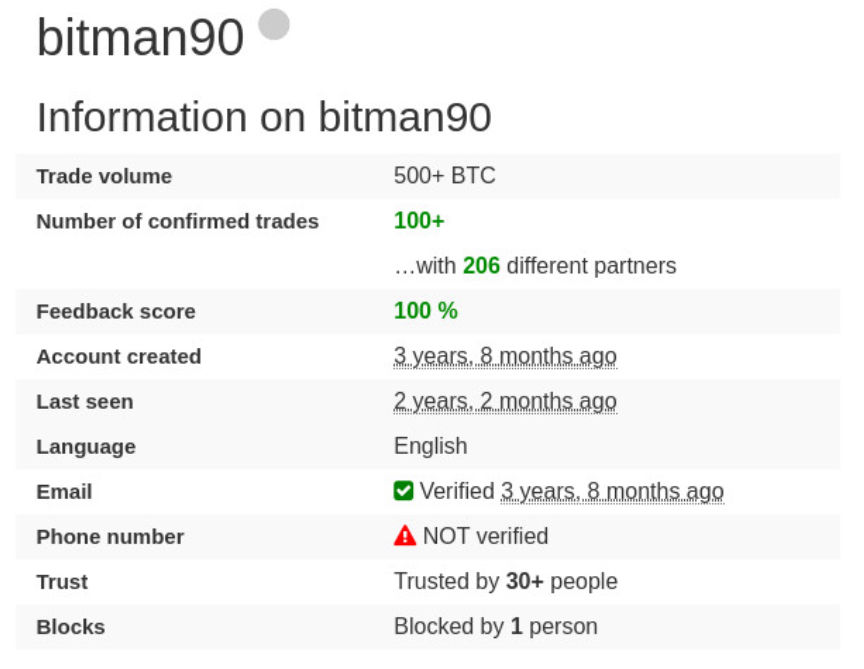 I was also the primary member who created the Bitman90 profile on localbitcoins.com to sell the bitcoin proceeds from the Darknet drug sales in exchange for fiat U.S. Currency. I instructed individuals purchasing the bitcoin to make cash deposits for the bitcoin into bank accounts opened by Peggy Gomez and Sylvester Ruelas on behalf of the DTO. My fiance Amber Nicole Worrell helped me operate the Iceman21 vendor pages on the Darknet to operate the Darknet vendor pages so she could further the goals of the 1ceman21 DTO. I instructed her how to operate the Darknet and to purchase shipping and storage supplies for the drugs. Our goal was to be efficient, make more money and grow the Iceman21 DTO.