~2 min read | Published on 2020-05-14, tagged General-News using 254 words.
Law enforcement in Poland and Switzerland, supported by Europol, dismantled the hacking group InfinityBlack as part of an international operation. The group distributed stolen credentials and created malware, according to an announcement from Europol.
The hacking group consisted of three teams: developers who created tools to test the quality of the stolen data, testers who carried out the quality analysis, and project managers who sold subscriptions in exchange for cryptocurrency. The group had online platforms through which it sold user login credentials, malware, and hacking tools. 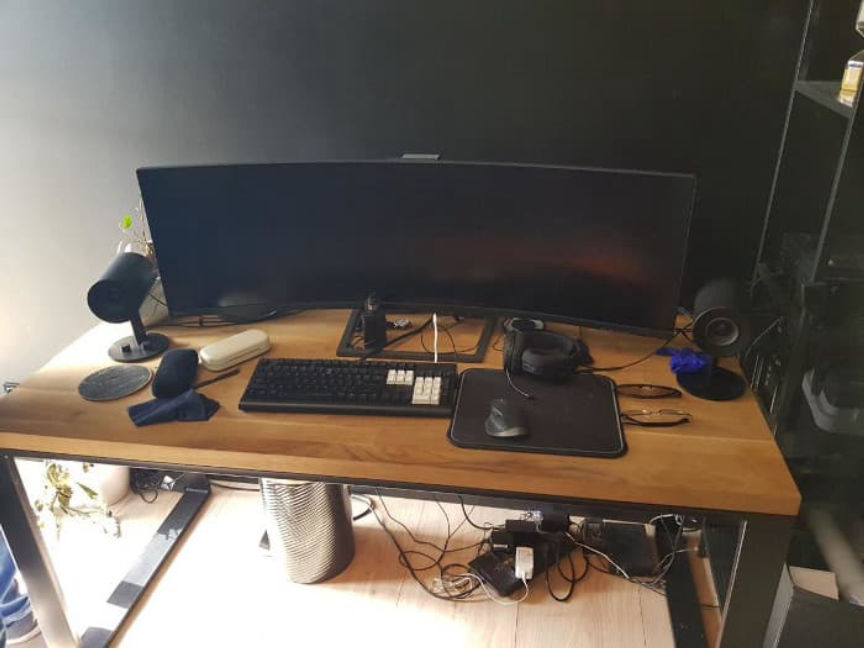 One of the alleged hacker's setups | Europol

The group’s main focus was on online services that had loyalty programs. It would steal login credentials and sell them fraudsters who would then acquire expensive electronic devices in exchange for the loyalty points.The Operation
Swiss law enforcement initiated the investigation that led to the takedown of the hacking group. InfinityBlack had targeted the accounts of a large number of victims in Switzerland.
After Swiss law enforcement had arrested members of the hacking group, investigators learned of a hacking group in Poland with ties to InfinityBlack. Europol and Eurojust coordinated the investigation and facilitated the sharing of information between law enforcement in Poland and Switzerland.
In April 2020, the Polish National Police executed search warrants at six addresses throughout Poland. The searches resulted in the seizure of electronic devices, external hard drives, and hardware cryptocurrency wallets, all worth approximately 100,000 euros. The police arrested five suspected members of the InfinityBlack hacking group and shut down two platforms suspected of hosting more than 170 million entries.