~4 min read | Published on 2022-04-01, tagged Cryptocurrency-Regulation using 813 words.
Two European Parliament committees voted in favor of changes to the Transfer of Funds Regulation that target transactions to and from unhosted wallets.
The Committee on Economic and Monetary Affairs and the Committee on Civil Liberties, Justice and Home Affairs voted in favor of amendments to the Transfer of Funds Regulation that “impose a host of new privacy invasions on wallet users,” according to Coinbase’s Chief Legal Officer.
The amendments are ostensibly aimed at cracking down on money laundering, but critics have voiced their concerns about the effects the amendments will have on privacy. And exchanges are naturally concerned about their ability to do business.
[img=]“the possible anonymity offered by crypto assets transactions make crypto-assets particularly suitable for criminals”[/img]

Coinbase CEO Brian Armstrong explained the impact the changes would have on a thread on Twitter.
“Every crypto transaction (and not just those with a 1,000 euro threshold, as is the case with fiat) would be ’travel rule eligible,’” Armstrong wrote. “This means before you can send or receive crypto from a self-hosted wallet, Coinbase will be required to collect, store, and verify information on the other party, which is a not our customer, before the transfer is allowed.”
“Moreover, any time you receive 1,000 euros or more in crypto from a self-hosted wallet, Coinbase will be required to report you to the authorities. This applies even if there is no indication of suspicious activity,” Armstrong explained.
Unstoppable Finance (@UnstoppableDeFI) also shared information in a thread on Twitter about the impact the EU’s proposal would have on smaller exchanges.
“As this is completely unfeasible, we expect that companies like Coinbase would only allow transfers to unhosted wallets linked to their own customers and verified through a private key signing (which makes these transfers more complicated and costly),” the user wrote. “Smaller crypto companies with fewer resources might even go so far as to not allow any transfers to self-custody wallets anymore. This in turn, would cripple their competitiveness, and European users would turn towards foreign providers instead.”
In December, Slovenian Finance Minister Andrej Šircelj said that the proposal would “[close] the gaps in our financial systems that are malevolently used by criminals to launder unlawful gains or finance terrorist activities.”
Paul Grewal, the Chief Legal Officer at Coinbase, published a blog post in March expanding on the concerns outlined above.
“Among the worst of the proposed provisions are new obligations on exchanges to collect, verify and report information on [i]non-customers[/em] using self-hosted wallets. For instance, one provision requires exchanges to not only collect personal data about wallet users who are [i]not[/em] their customers, but to also verify the data’s accuracy before allowing a transfer to one of their customers. In fiat terms, this would basically mean you cannot take money out of your bank account to send to someone else until you share personal data with your financial institution about that person and verify their identity. Not only is this verification requirement nearly impossible to do but requiring exchanges to engage in extensive data collection, verification, and retention about [i]non-customers[/em] runs against core EU data protection principles of data minimization and proportionality.”

“Another dangerous provision would require exchanges to inform “competent authorities” of [i]every single[/em] transfer from a non-customer’s self-hosted wallet equal to or greater than 1,000 EUR — regardless of any suspicion of bad activity. The proposal even leaves the door open to a total ban on transfers to self-hosted wallets even though there is no evidence that such a ban would have any impact on illicit activity at all. Like we said, bad facts make bad policy.”

I have seen complaints from people, including some of the people quoted in this article, about the potential for bad actors (allegedly worse than the government) to access the information gathered by exchanges for nefarious purposes (i.e., only the government is allowed to take your money). @UnstoppableDeFi linked to a tweet from ZeroHedge about the shooting of “a 33-year-old French cryptocurrency expert at point-blank range” over a $450,000 Richard Mille watch. The victim, who lives in Honk Kong but was visiting New York, believes his attacker had followed him for “hours or days.”
[img=]Yeah OK.[/img]

While the attacker might have been following the 33-year-old for some time, I doubt that it had anything to do with his background in cryptocurrency. The shooting took place days after Los Angeles police warned that “wearing expensive jewelry in public could make them a target for thieves.” 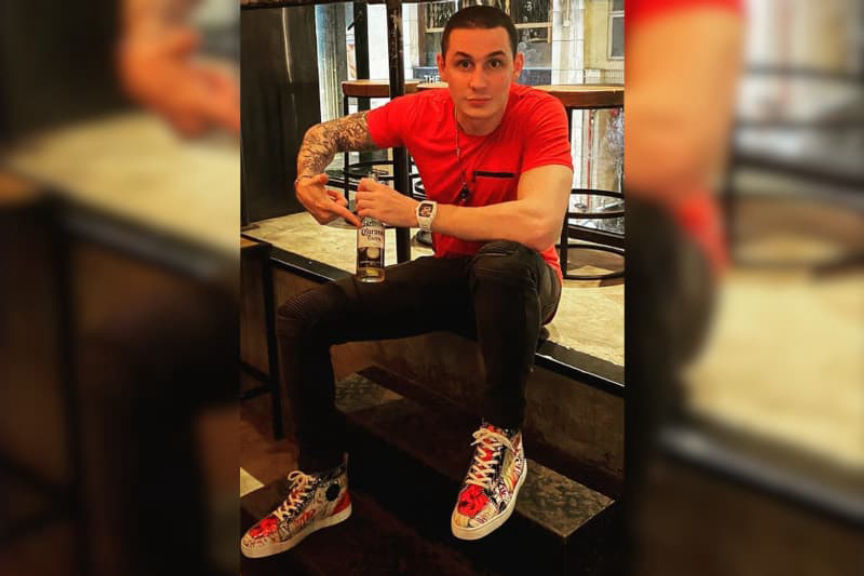 It surprises me that someone on the streets of the US would recognize a Richard Mille watch.

The narrative above seems like the kind of take that can rally support from the average person without any interest in cryptocurrency (like how the push to legalize CBD “for health purposes” is obviously a foot in the door to marijuana legalization). The people committing such primitive robberies can simply look for crypto-rich people who openly flash their status on Twitter and Instagram.
Also, does the EU matter at all?
draft proposal: pdf<br>votes: pdf