~20 min read | Published on 2019-05-02, tagged General-News, admin using 4821 words.
A darkweb researcher published an analysis of information that allegedly identified Speedstepper, the notorious owner and operator of Dream market. Another individual, based on original research, claimed to have taken the identification of Speedstepper even further.
The first “researcher,” known online as Sh1ttykids, had his “investigation” initially published on IT Media News.
The following text is the article published by Sh1ttykids. It has been translated from Japanese to English.
Identifying Speedstepper

While I was doing research the other day, I found something interesting. Someone hacked the Dream Market and published its database on “Pastebin” (a storage and publishing service for text data such as source code). It contains account information for 10,000 Dream Markets, and the original has already been deleted, but the data remains in “archive.is” of the web archive site.
It turned out that the roster had several well-known vendors and users of the former SilkRoad. The existence of part of the account has been confirmed.
If you look further, you will find things that bother you. This data was posted on September 20, 17th. A week before that, Dream Market was down. Around that time, in addition to the above three leaked IP addresses, I was finding suspicious IP addresses from the Dream Market. There are also articles related to mysterious site down and IP address in related media .
Regarding the site down, SpeedStepper also officially issued a statement that “the HDD was crashing” later. 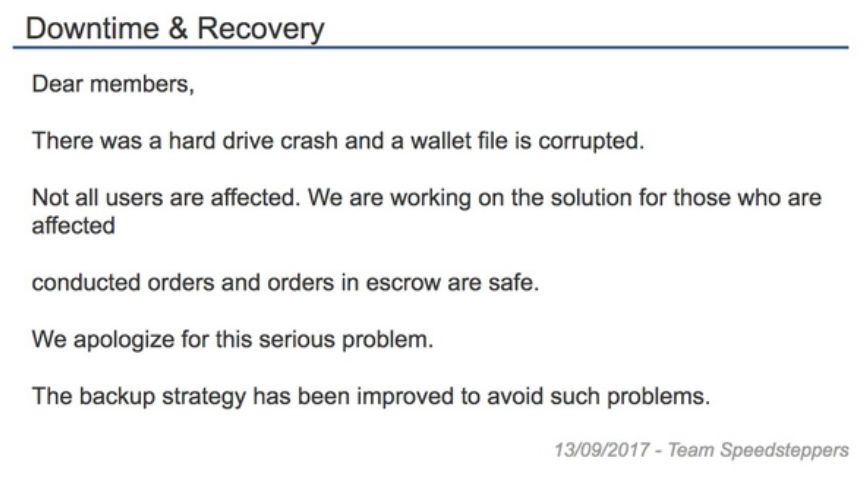 From these pieces of information you can guess: Someone hacks Dream Market based on that IP address and gets database information. SpeedStepper noticed this and shut down the site and repaired it. A week later, some of the stolen data was attached to pastebin as evidence, as a hacked criminal threatened SpeedStepper in some way. The third party who found it archives the data, and then the pastebin page is deleted.
Although it is unknown who the hacker is and what kind of transaction has been made with SpeedStepper, it seems that some kind of transaction has been concluded that Dream Market is currently in operation.
Dream market manager’s “identity” found out
Although the purpose of the IP address leak suspicion was to be abusive, in the hacking case the user information was clearly leaked and the site was temporarily down, which would be a serious failure for SpeedStepper.
However, SpeedStepper may have made a more fatal failure. There has been a suspicion that it may be related to a certain person in the real world.
One of the American researchers who found out about it is that he came to the information from the official Dream Market bulletin board.
In February 18th, Dream Market has created a “DeepWeb Network” bulletin board on Clearnet (the Internet, which can be accessed with a regular browser, “Surface Web”). It is not clear why the Dark Web Market, which places emphasis on anonymity, purposely created a bulletin board on ClearNet. 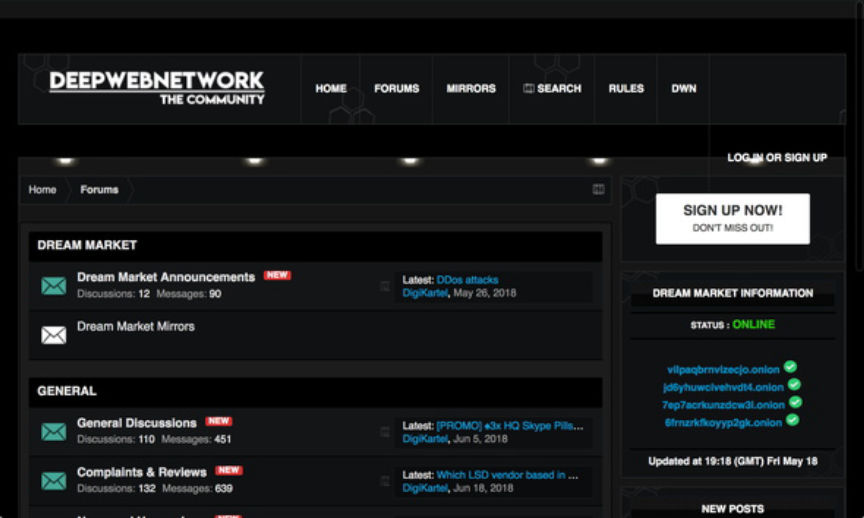 Next, take a look at Whois information on the “Buyoxytocinnow.com” site listed in SpeedStepper’s profile on DeepWeb Network. Then, this site is also hosted by GoDaddy, and it is further linked to personal information such as “Registration: ○○○○ (temporarily A Mr.), organization: □□□□ (C company)”. I understand that. 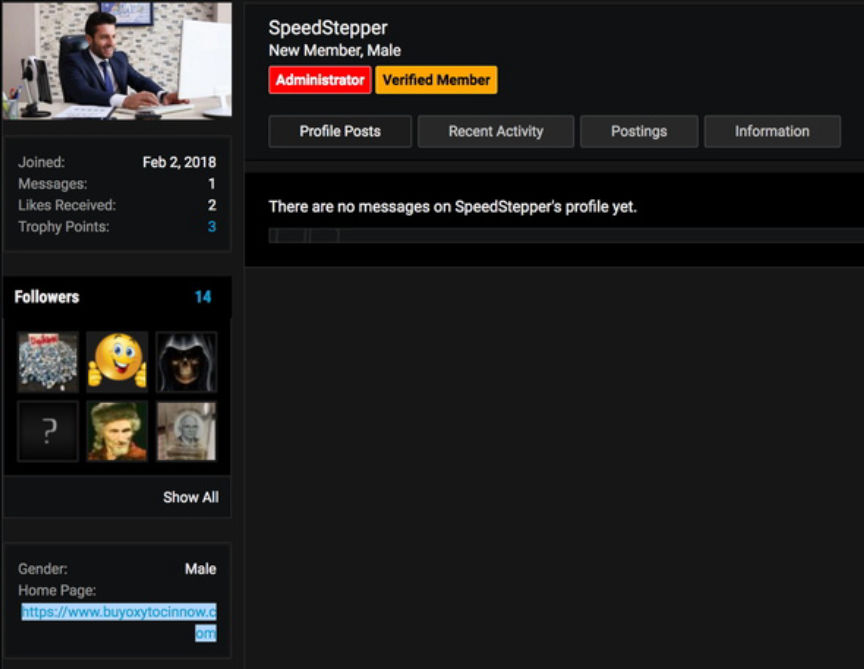 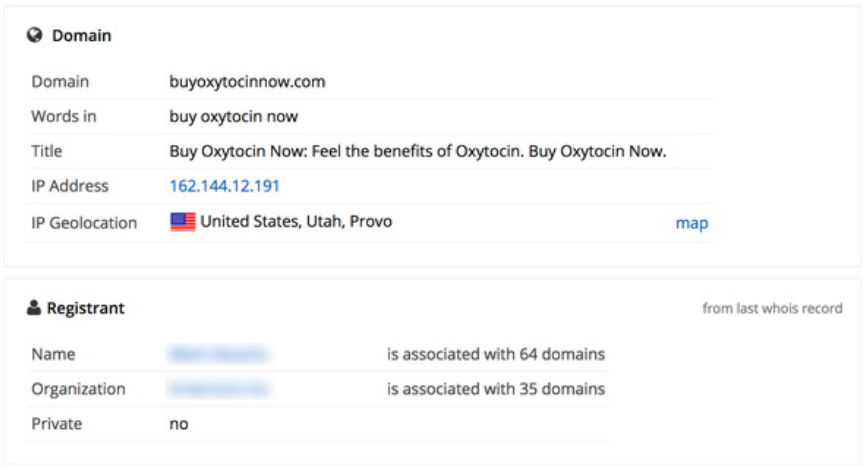 Whooxys information on Buyoxytocinnow.com Describes the registrant and organization
When I examined the relationship between Company C and Mr. A, I found some things. Company C was established by Mr. A, and was mainly engaged in site development and VPN services. 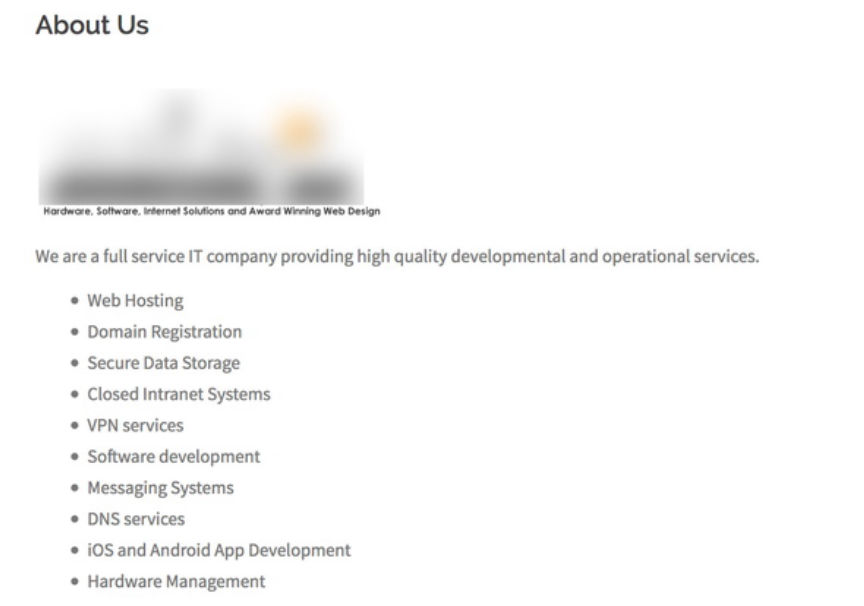 Business description on the site of company

There were 64 domains linked to Mr. A, and most of these were GoDaddy. There was one thing that bothers me. The “Add to Cart” button posted on the site is similar to that of Dream Market.

A button from oxytocinfactor.co which is one of the sites where Mr. A is a registrant[/img]

Dream Market button
He also seemed to have a Twitter account, and when he looked at it, he had an interesting description in his profile. 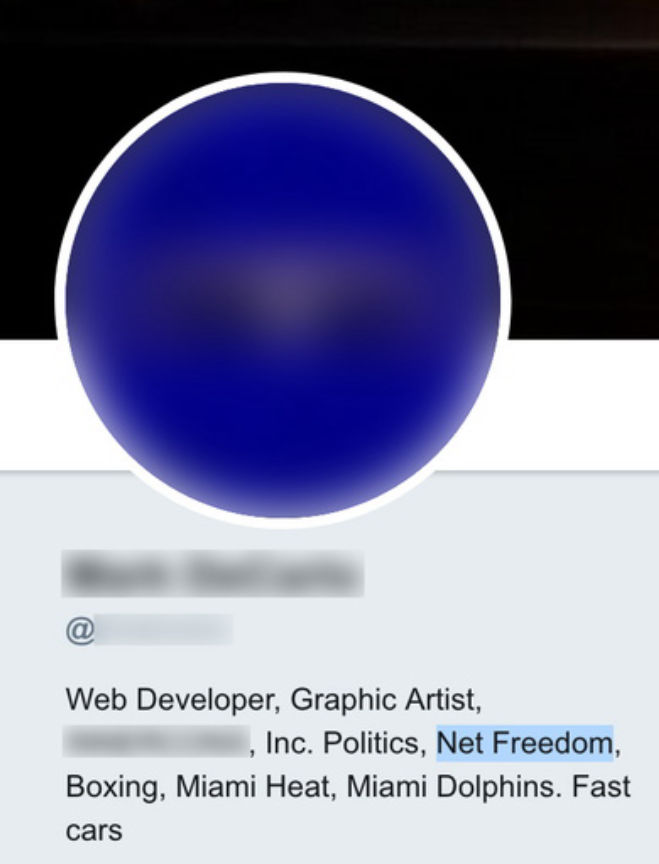 It is called “Net Freedom”. This probably means that you believe in the freedom of the Net. Los Ulbrichit (arrested in 2013), who once managed the world’s largest dark web market, “Silk Road,” was also thought libertarian (liberalist), Ron who ran for president in the US Libertarian Party. I was supporting Paul.

By the way, once Ulbricht was arrested and his real name was revealed, he could easily find his social account from that name.

We will summarize the information so far.

From the above, the researcher who contacted us suspects that “Mr. A is not a SpeedStepper.”
Since SpeedStepper has been using various hands in addition to IP address leaks to disrupt investigations, I think it might be possible to expose information that is linked in real by such mistakes, but also in the case of Ulbricht If you think about it, you can not say that it is completely misguided

A Follow-up on Speedstepper