DOJ is Investigating Someone for Evading Sanctions with Crypto

~4 min read | Published on 2022-05-17, tagged Cryptocurrency, Tax-Evasion using 844 words.
According to a recent court filing, the Department of Justice is investigating someone for allegedly using cryptocurrency to evade sanctions.
In an opinion filed in the U.S. District Court for the District of Columbia, Magistrate Judge Zia Faruqui wrote that an individual violated U.S. sanctions by using “an I.P. address in the United States to conspire to operate an online payments and remittances platform based in REDACTED, a comprehensively sanctioned country.”

The filing is devoid of any details, including the name of the subject of the investigation, the sanctioned country, and the name of the payment platform. The case is still under seal.
The alleged criminal acts:
“The Defendant also opened an account with a U.S.-based virtual currency exchange (“V.C.E. 1”) from which s/he bought and sold bitcoin. Defendant’s V.C.E. 1 account was registered using an email account linked to Defendant and funded with fiat currency from a traditional U.S. financial institution. Defendant used the V.C.E. 1 account to send thousands of dollars to two accounts at a foreign-based virtual currency exchange (“V.C.E. 2”). The V.C.E. 2 accounts were accessed from I.P. addresses that resolved to Sanctioned Country shortly after funds were sent—sometimes within minutes. Defendant used these V.C.E. 2 accounts to transmit over $10 million worth of bitcoin between the United States and Sanctioned Country for the Payments Platform’s customers.”
<h2 id="analysis">Analysis </h2>
“Virtual currency is traceable. Yet like Jason Voorhees the myth of virtual currency’s anonymity refuses to die.”

????
“Appearing to rely on this perceived anonymity, Defendant did not hide the Payments Platform’s illegal activity. Defendant proudly stated the Payments Platform could circumvent U.S. sanctions by facilitating payments via bitcoin. Defendant made such statements even though Defendant knew of U.S. sanctions against Sanctioned Country. Yet by following the (virtual) money, the government established by probable cause that Defendant was operating the Payments Platform. Law enforcement synthesized subpoena returns from virtual currency exchanges, email search warrant returns, banking information, and shell company registration information to reliably dox Defendant. Specifically, the affidavit established that Defendant opened an account with V.C.E. 1. V.C.E. 1 collected legally-required know-your-customer information which—wait for it—allowed V.C.E. 1 to know who its customer was: Defendant. Defendant then funded that V.C.E. 1 account from a USFI account, which was also attributed to Defendant. Finally, the I.P. addresses used to access the V.C.E. 1 account resolved to Defendant’s U.S. residence.”

“The same was true for the V.C.E. 2 accounts which Defendant funded in part with his V.C.E. 1 account. Even though V.C.E. 2 is a foreign company, it was still subject to U.S. sanctions regulations when it knowingly reexported financial services––including virtual currency that originated in the U.S. or came from a U.S. person––to a sanctioned jurisdiction, person, or entity.”

“Defendant’s transmission of virtual currency to the Sanctioned Country violated U.S. sanctions. Independently, Defendant faces liability because his transactions caused the virtual currency exchanges––perhaps unwittingly––to violate sanctions. These willful violations established probable cause to believe Defendant violated 18 U.S.C. § 371.”
<h2 id="traditional-sanctions-apply-to-virtual-currency">Traditional Sanctions Apply to Virtual Currency </h2>
In the opinion, the judge wrote, “OFAC’s recent guidance confirmed that ‘sanctions compliance obligations apply equally to transactions involving virtual currencies and those involving traditional fiat currencies.’” In this case, the allegedly violated sanctions apply to “goods, services, and technology” without approval from AFAC.
Further, the judge cited two examples of sanctions that directly prohibit financial services, including 31 C.F.R. § 560.427 (Iran) and 31 C.F.R. § 510.405 (Korea).Iran:
“The transfer of funds, directly or indirectly, from the United States or by a U.S. person, wherever located, to Iran or the Government of Iran; and

The provision, directly or indirectly, to Iran or the Government of Iran of insurance services, investment or brokerage services (including but not limited to brokering or trading services regarding securities, debt, commodities, options, or foreign exchange), banking services, money remittance services; loans, guarantees, letters of credit, or other extensions of credit; or the service of selling or redeeming traveler’s checks, money orders, and prepaid access products.”
Korea:
“… U.S. persons may not, except as authorized by or pursuant to this part, provide legal, accounting, financial, brokering, freight forwarding, transportation, public relations, or other services to any person in North Korea or to the Government of North Korea, the Workers’ Party of Korea…”
BitGo
Finally, the judge wrote, “and lest there be any doubt, financial service providers include virtual currency exchanges.” He cited the recent example of OFAC’s $90,000 settlement with the cryptocurrency exchange BitGo as an example of the Treasury Department identifying cryptocurrency exchanges as a financial service. 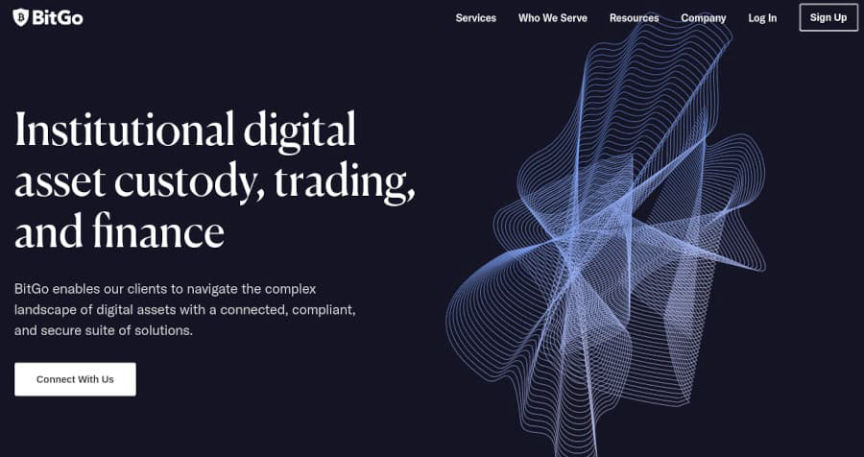 We recently saw the U.S. sanction the Hydra darkweb marketplace and the cryptocurrency mixer blender.io. In April, a judge sentenced Virgil Griffith, an Ethereum developer, to 63 months in prison for violating sanctions by speaking at a cryptocurrency conference in Korea. The Department of Justice also announced charges against two Europeans for allegedly violating sanctions by organizing the conference in the DPRK.
Griffith, according to court documents, had mentioned starting a cryptocurrency exchange. There are a number of factors that eliminate Griffith as a likely subject of the investigation and opinion memo.
Opinion
Shocking development.