~2 min read | Published on 2020-01-14, tagged DarkWeb, Drug-Bust, Drugs, Pleaded-Guilty using 469 words.
A California man pleaded guilty to one count of distribution of a controlled substance causing the death of a person. According to the plea agreement, defendant Elijah Richter had purchased 25I-NBOMe on Silk Road in 2012. A juvenile fatally overdosed on the same product Richter had ordered.
Elijah Richter, 28, of Camino, California, had ordered 25I-NBOMe on Silk Road in September 2012. According to court documents, Richter had been reselling various drugs locally, including 25I-NBOMe, marijuana, and ecstasy. One of Richter’s customers–Jesse Roberts–had purchased 25I-NBOMe from Richter in September 2012. Roberts, also in September, resold the product to Alejandro Avila.
Avila, either 15 or 16 at the time (reports list conflicting ages), ingested four doses of the product. An unidentified individual later found Avila unresponsive at his home. The teenager died at Placerville hospital. 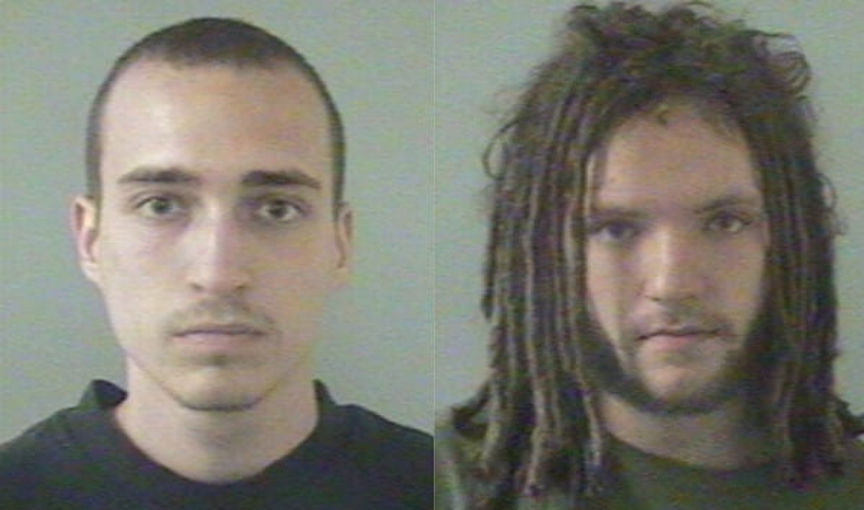 Roberts and Richter in their booking photos

The El Dorado County sheriff’s department then arrested Richter and Roberts on involuntary manslaughter charges. At Richter’s home, authorities found scales, Ecstasy, “suspected hash oil,” 42.25 grams of marijuana, 89 pink tabs of “suspected 25I-NBOMe,” less than ten blue tabs of “suspected 25I-NBOMe” wrapped in aluminum foil, and handwritten notes about the proper dosages and weights for the recreational use of 25I. He admitted selling 25I to Roberts when questioned by authorities about the “synthetic drug” the teenager had ingested.
The El Dorado County District Attorney’s Office prosecuted Roberts in the manslaughter case. He was convicted of one count of involuntary manslaughter and sentenced to six years in prison on March 3, 2017. He is currently serving time at Mule Creek State Prison.
Years after the teenager had overdosed, a federal grand jury indicted Richter for the distribution of a controlled substance causing the death of a person as well as possession with intent to distribute a controlled substance. The U.S. Attorney’s Office for the Eastern District of California prosecuted the case. The Drug Enforcement Administration joined the investigation into Richter, according to a press release(Original USAO PR-Archive was down).
Richter had purchased and distributed the drug in question more than one year before the DEA announced the scheduling of 25I, 25B, and 25C. In October 2013, the DEA published a notice of intent to schedule the three phenethylamines listed above. In November 2013, the DEA added the substances to Schedule I of the Controlled Substances Act for two years, pending further investigation. They extended the temporary classification for an additional year in 2015. All three are still Schedule I. The emergency scheduling referenced a number of overdoses between 2012 and 2013 caused by the three phenethylamines.
Richter pleaded guilty to count one of the indictment: distribution of a controlled substance causing the death of a person. He faces a mandatory minimum sentence of 20 years in prison. He could spend up to 100 years in prison. His sentencing hearing is scheduled for April 27, 2020.