Darkowls Observations About Alphabay Are Ridiculous

~4 min read | Published on 2022-04-02, tagged Alphabay using 752 words.
DarkOwl, a company specializing in so-called “darknet intelligence,” believes there is “something larger transpiring” with the AlphaBay relaunch.
I do not want to make any claims about the legitimacy of DeSnake or AlphaBay. His return is one of the most surprising things I have witnessed unfold in this sector. The relaunch elicited mixed reactions from users on Dread, XSS, Twitter, and elsewhere for obvious reasons. Feedback appears to be a mix of legitimate concerns (there is no way to prove the original DeSnake did not sell his PGP key to someone else) and unverified or downright incorrect claims (the feds verified that Cazes controlled DeSnake’s account). 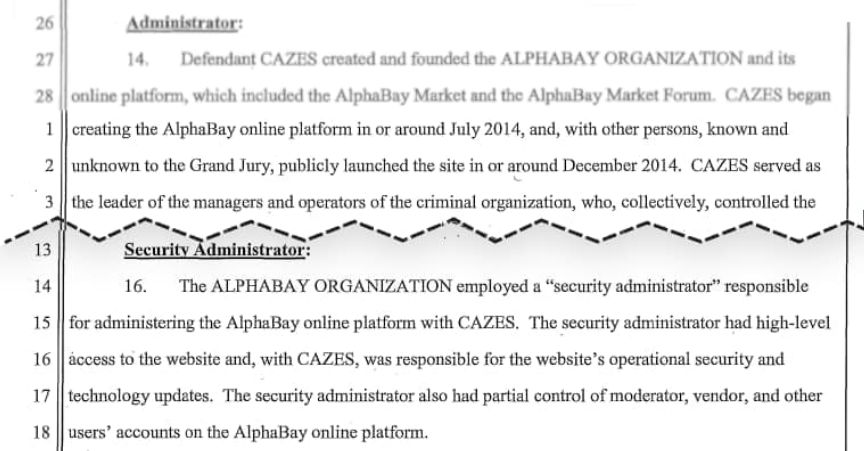 Even in the indictment, feds separated DeSnake and alpha02.

The cybersecurity company DarkOwl believes “something larger transpiring than a simple relaunch of the former marketplace.” However, the observations highlighted by the company’s analysts that supposedly support their theory are just silly.
The following points are from a DarkOwl blog post.


DarkOwl has been active in this scene for a long time. They have some legitimately informative analysis on marketplaces. Surely their analysts know that these observations about AlphaBay are not any more convincing than random statements on Dread.
To their credit, they did not publish outright lies. Although I am not sure it “is unheard of” that a market would not solicit donations. DarkOwl’s statements in the rest of the blog post seem to imply that DeSnake is now much wordier than he used to be (although the word count bullet point in the list above only suggests that DeSnake did not write the original FAQ which is not relevent). I cannot really disagree with this and it might be a legitimate point in support of a theory of some sort.
As to th i2p point, this person on Dread who claims to be a former LEO wrote that LE markets will encourage use of i2p.<br><code>dreadytofatroptsdj6io7l3xptbet6onoyno2yv7jicoxknyazubrad.onion/post/486ac94a84cdac803ed4</code>
darkowl.com / archive.is
bonus from 2017 with some of the same characters: Admins and staff of the largest darknet drug marketplace - Alphabay - have been doxxed on reddit even after paying an extortion amount of $45,000 (archive.org)