~5 min read | Published on 2020-04-15, tagged Darkweb-Vendor, General-News using 1132 words.
A District Court judge denied a motion for compassionate release filed by Hugh Haney, a convicted Silk Road vendor and money launderer. The vendor, according to court documents, fears that he faces a higher risk of falling ill from contracting COVID-19 than many of his fellow inmates.
The Board of Prisons is able to release inmates prior to their scheduled release date for “particularly extraordinary or compelling circumstances which could not reasonably have been foreseen by the court at the time of sentencing.” This includes inmates with certain medical conditions as well as elderly inmates that meet the BOP’s non-medical release requirements (PDF). 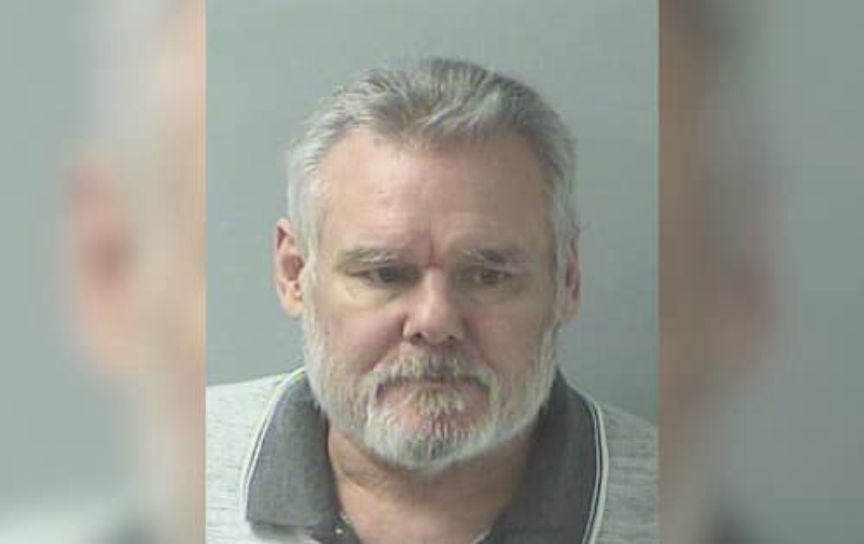 Hugh Haney in his mugshot

Hugh Haney, 61, is serving a 42-month prison sentence for laundering narcotics proceeds through a Bitcoin exchange. In Haney’s plea agreement, Haney admitted selling narcotics on Silk Road in 2011 and in 2012. Later, in 2018, Haney attempted to exchange $19 million for cash using a Bitcoin exchange based in New York.
The exchange flagged the transaction and asked Haney how he had obtained $19 million in Bitcoin and Bitcoin Cash. Haney told the exchange that he had mined the Bitcoin and that he had invested $10,000 in Bitcoin before the price of Bitcoin had skyrocketed. The exchange froze the account and contacted law enforcement.
A federal judge signed a search warrant that authorized law enforcement to seize Haney’s account at the exchange. Through the use of blockchain analysis software (and possibly other methods or tools), an Internal Revenue Service Criminal Investigation (IRS-CI) Special Agent and a Homeland Security Investigations (HSI) Special Agent identified the Silk Road as the source of Haney’s Bitcoin (they identified Bitcoin addresses linked to the marketplace). He had earned a total of 3,892.9 Bitcoin through his Silk Road vendor account.Motion for Compassionate Release
PDF available here.
Hugh Brian Haney, through undersigned counsel, respectfully moves the Court to modify his sentence and immediately release him to home confinement and a period of supervised release. The unprecedented threat of COVID-19 could not have been foreseen at sentencing, and poses extraordinary risks to Mr. Haney’s health. The virus thrives in densely packed populations, and the MDC is ill-equipped to contain the pandemic and prevent COVID-19 from becoming a de facto death sentence for Mr. Haney. Mr. Haney’s age – 61 years old – makes him especially vulnerable to the deadly risks of COVID-19, and the MDC has placed Mr. Haney on its list of inmates who are at high risk of contracting and succumbing to COVID-19. Allowing Mr. Haney to finish out his sentence at home is the only prudent response to the extraordinary and compelling circumstances created by the novel coronavirus. Moreover, Mr. Haney has a safe place to live, where he will have the best opportunity of surviving this pandemic, and for the reasons described in our sentencing memorandum, the Court can expect that Mr. Haney will be wholly compliant with home detention and all the other conditions of release.

The motion, filed on March 31, 2010, argues that Haney is at a greater risk of serious complications from COVID-19 due to his age (61) as well as his former alcoholism and opioid addiction. The motion also reveals that Haney is one of 500 “high risk” inmates as defined by the Center for Disease Control.
The MDC has disclosed to the Chief Judges that as of March 25, 2020, over 500 inmates – including Mr. Haney – are considered high-risk within the CDC’s definition, creating a powerful likelihood that the coronavirus will spread throughout the facility, and particularly endanger the at-risk inmates.


Haney fails to meet any of the above criteria. In addition to being only 61 years old, Haney is in “reasonably good health” with none of the underlying conditions as described by the CDC. However, the court recognized that his age placed him at more risk than many inmates.
But if Haney’s age alone were a sufficient factor to grant compassionate release in these circumstances, it follows that every federal inmate in the country above the age of 60 should be forthwith released from detention, a result that does not remotely comply with the limited scope of compassionate release and that would arguably have a devastating effect on a national community that is now itself so under stress.

Haney’s attorneys had prepared for a denial of the compassionate release motion; they argued that the court could temporarily release Haney “for some period –- perhaps three to six months.” Then, at an unspecified date in the future, the court could remand Haney into custody and modify his sentence to account for the time served while outside the detention center. Haney suggests that there are no fewer than six ways that a court is authorized to grant such relief.
He argued that the First Step Act gives the courts the power to “reduce the term of imprisonment" under the compassionate release provisions. The court rejected this on the grounds that a sentence reduction does not include a temporary release.
The defense argues that the Court can temporarily release Haney by granting the instant motion, reducing his sentence to time served, and then later reconsidering its decision based on changed circumstances after the COVID-19 risks subside.

The court is not about to engage in such obvious hypocrisy, and it doubts, moreover, that, having given Haney a final order of time served, it could constitutionally then re-open the matter and sentence him to years in prison.
Haney is only a couple of months into his sentence; a court sentenced him to 42 months in prison in February 2020. It is unlikely he will see a release before he serves 85% of his sentence.