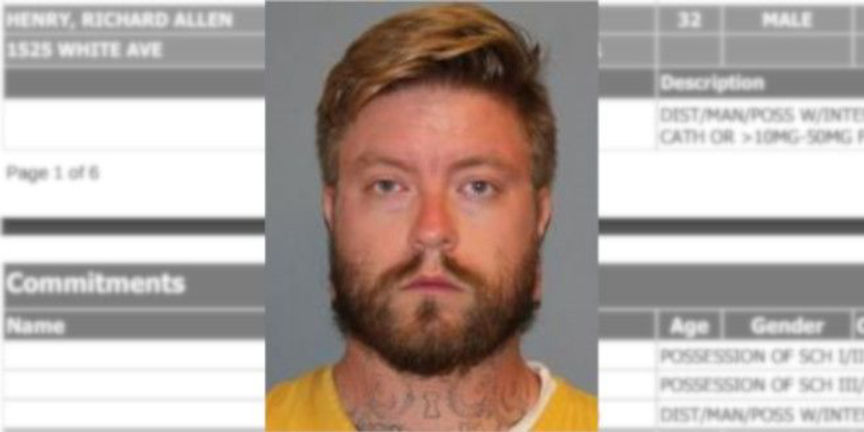 and
Henry, whom the detective described as cooperative, told police he had been pressing fentanyl into little blue pills, and that he thought he had used all the fentanyl powder but wasn’t sure.

Henry allegedly told police he bought the pill press online on sale for $499. He said he normally only makes Xanax bars with his press.

He also said he buys the actual drug powders on the anonymous “dark web” using bitcoin, an encrypted digital currency. He said he then mixes the pills in a mixing machine, presses them into pills and sells them on the dark web again, “saying that he did not want to peddle his wares close to home,” the report said.

“Henry claimed to have only made a few sales, not for very many pills”Charges
Identity
We are looking for a vendor who recently went inactive and sold pressed bars and oxycodone pills. Since the oxycodone pills were pressed with fentanyl, there is a good chance he did not sell on Dream market. WallStreet Market is the most likely marketplace.