~2 min read | Published on 2022-09-09, tagged Lawsuit, Tornado-Cash using 314 words.
Coinbase, a World Economic Forum partner, is sponsoring a lawsuit against the Treasury Department over the Tornado Cash sanctions.
Six plaintiffs, including two Coinbase employees, have filed a lawsuit in federal court in Texas in an attempt to force the U.S. government to remove the sanctions against Tornado Cash. All of the plaintiffs were financially damaged as a result of the sanctions. 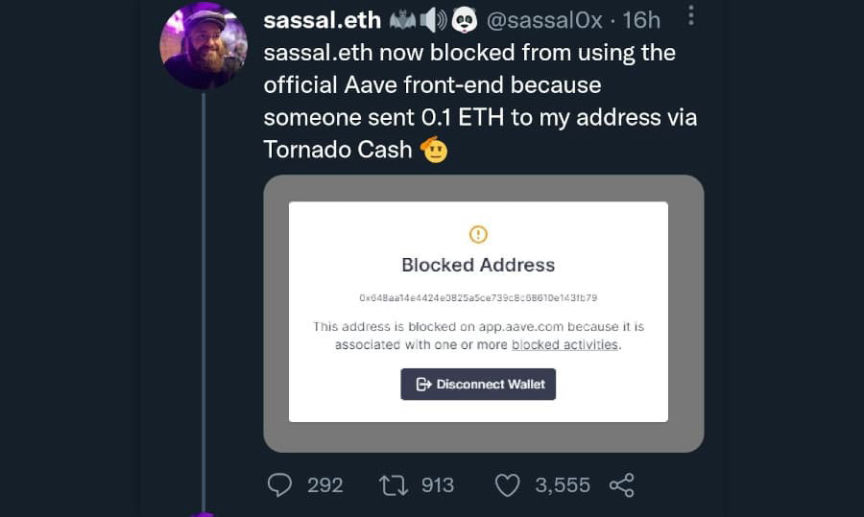 There certainly are people who experienced some kind of financial loss after the sanctions, lol

Previously:
In an interview, Coinbase general counsel Paul Grewal said he felt the company had a general responsibility to fight the sanctions due to its position in the industry. He called Coinbase “the first significant public crypto company anywhere in the world.” And claimed that the company was in a unique position to help fight the sanctions thanks to “some of the most specialized expertise on these sanctions questions anywhere on the planet.”

“We came to understand that we had employees inside of Coinbase who were relying upon Tornado Cash to do things like donate money to relief efforts in Ukraine and to protect their transactions and salary information from prying eyes,” he said. “Ordinary people doing ordinary things suddenly swept up in designations that had no basis in law.”
“It’s important that the law’s distinction between people and code be respected,” Grewal said. “If that disrespect is allowed to stand, there could be all sorts of other ways in which statutes are twisted and bent to apply to crypto in ways that they shouldn’t be.”
Curious involvement. A good article about the case is the EFF one: Code, Speech, and the Tornado Cash Mixer. Additionally, check out Torn.la for alternate methods of using Tornado Cash if you are into that type of thing.