Dread is a new community service for Dark Net users, built from scratch without any frameworks by /u/hugbunter, the site was intended as a Dark Net Market security discussion and resource for web masters or researchers.

It was developed with both privacy and usability in mind, choosing to stick to a common user interface to match the likes of Reddit, but without the added security issues that are involved with the use of JavaScript.

It was developed by /u/HugBunter in early 2018 and launched on February 15th.

Following a month of down time from the 23rd of April, the platform was redeveloped to be a lot more stable, with the backbone and UI completely re-imagined to allow for more flexibility, based on the mistakes that were made in the first iteration.

Initially, I planned to base the communities solely around my interest in DarkNetMarkets and the security surrounding them, but since then it has grown to become much more than that, housing a variety of different communities and providing a safe place for users to interact without the fear of censorship beyond the specific rules in place. We provide a hub for harm reduction to many aspects of Deep web purchases, including, but not limited to, security reports and also safe drug use information. 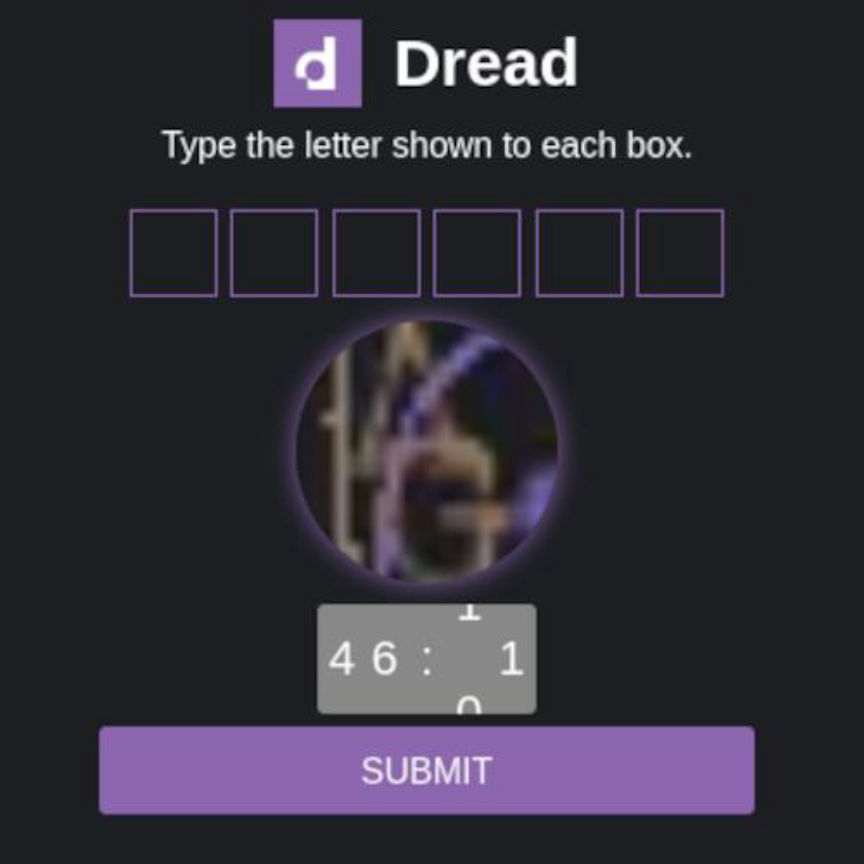 Another captcha used by Dread

Dark Mode on the Dread Homepage 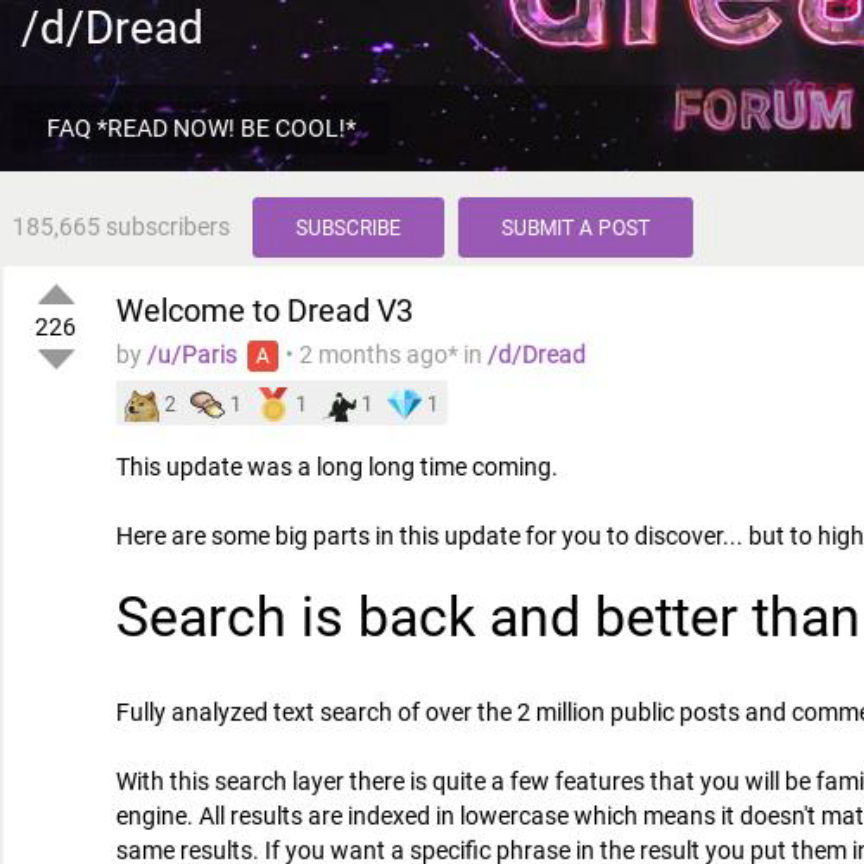 Dread is a Reddit-like hidden service, developed around a month ago, within a very short space of time following a previous ban wave that took down the notorious Reddit sub /d/fakeid. I developed this site to allow for free speech without censorship and now house a new community for a lot of previously banned subs, including /d/DarkNetMarkets

In my opinion, which may be slightly bias, this is a hugely viable backup option now compared to Reddit, as this is the final nail in the coffin for using their site. They have proven that they will continue to ban subs regularly without fully justifying their actions and without any sort of prior warning or chance to resolve rule violations.

Come join us and I implore you to help in the promotion of Dread, please share the link far and wide on markets, forums, in your vendor profile descriptions etc. I will be providing updates as fast as I can and there are many more sleepless nights ahead for me as I prepare for a large influx of users. I will be trying to get new fixes and features live tonight and tomorrow as well as expanding the site-wide moderation team. 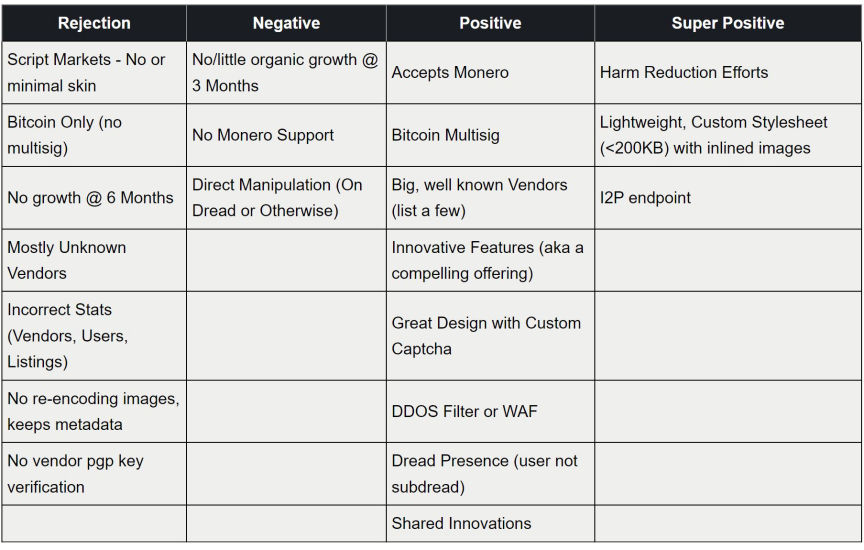