~2 min read | Published on 2021-01-29, tagged Arrested, Darkweb-Vendor, Fraud using 391 words.
German Federal Police arrested a trio suspected of running the “FakeIDDobby” vendor account on several darkweb marketplaces.
A press release by the Federal Police Inspection for Combating Crime in Halle (Saale), the suspects sold provisional German ID cards and ID documents for Austria, Italy, the Czech Republic, Poland, and Hungary through the “FakeIDDobby” vendor account on several darkweb marketplaces including Wallstreet Market, Nightmare and Empire Market. The sale of the forged documents reportedly made the suspects a profit of around 45,000 euros. 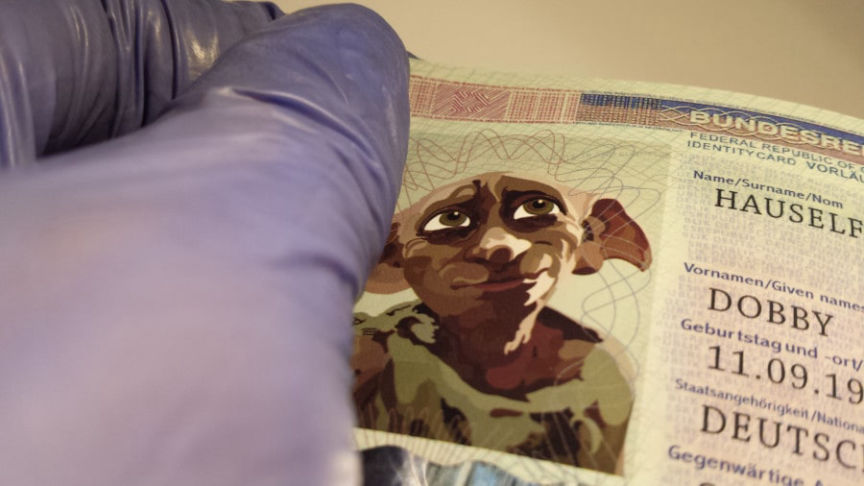 An ID used by FakeIDDobby to 'prove' their identity on a forum.

The announcement disclosed that the trio’s arrest resulted from extensive investigations conducted by The Public Prosecutor’s Office in Frankfurt am Main - Central Office for Combating Internet Crime (ZIT) - and the Federal Police Inspection for Combating Crime in Halle (Saale) in cooperation with the Federal Criminal Police Office. The investigations began in 2019 after investigators found the trio’s listings for the sale of forged documents on the darkweb.

FakeIDDobby had an account on Nightmare Market, among others

The search also resulted in the arrest and detention of two 24-year-olds who were charged with 140 counts of commercial forgery of documents. The third suspect, a 23-year-old was arrested and released after the searches were completed.
The police chief of the Federal Police Department for Combating Crime in Halle (Saale), Chief Police Officer Romy Töwe:
“We are increasingly observing how the virtual space is used to commit crimes. The supposed protection of identity through anonymity is exploited by those involved to make prosecution more difficult Police and judicial authorities have in the past increased their digital skills in terms of personnel and technology. This process has shown that these efforts are paying off.”
If found guilty each of the suspects could be sentenced to a minimum of six months and a maximum of ten years in prison.