~3 min read | Published on 2020-03-01, tagged Arrested, Darkweb-Vendor, Drug-Bust, Drugs using 689 words.
In response to a warrant issued by the United States, the Royal Canadian Mounted Police arrested Arden McCann, 32, for allegedly distributing $13 million worth of alprazolam (Xanax) and fentanyl to customers in the U.S through Alphabay, Agora, and Empire Market.
A grand jury in the Northern District of Georgia named McCann, a resident of Saint-Bruno-de-Montarville, in a four-count indictment. The indictment (.pdf) accuses McCann of conspiracy to distribute a controlled substance; conspiracy to import a controlled substance; distribution/manufacture of a controlled substance for illegal importation; and money laundering. McCann allegedly sold millions of dollars worth of alprazolam, fentanyl, and fentanyl analogues on darkweb marketplaces under the usernames RCQueen; DRXanax; XanaxLabs; Pasitheas; TheMailMan; WhiteYellowGreen; and XanaxBlotters. 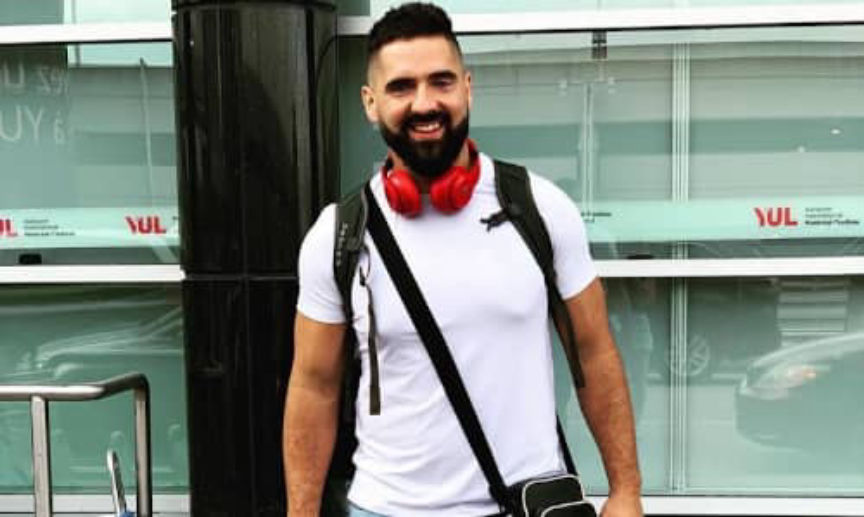 McCann allegedly had accounts on Agora, Abraxax, Valhalla, Dream, Alphabay, Nightmare, and Empire Market.The Informant
Much of the evidence linking McCann to the darkweb vendor accounts as well as the charges in the United States came from the seized Alphabay servers as well as from an informant in the United States, according to La Presse. Information from the informant came first; U.S. customs officers arrested a 21-year-old young man for transporting approximately 82 kilograms of counterfeit Xanax pills into the United States in January 2016. Customs Agents arrested the man–identified as Cédrik Bourgault-Morin–after he had set off motion detectors in the woods near the border between the United States and Canada. Footprints in the snow showed the he had been dragging his sled from Canada into the United States when stopped by agents.
The drug trafficker pleaded guilty and received a one-year prison sentence. Agents from the Drug Enforcement Administration later met with an individual identified as one of McCann’s co-conspirators in the drug trafficking operation. The informant told the DEA that the 21-year-old had been trafficking drugs for McCaan.
McCaan, according to court documents, imported bulk quantities of alprazolam and fentanyl from China and processed the drugs in Canada before sending his products to customers in the United States. McCaan had co-conspirators move weight from Canada to the United States.Alphabay
In July 2017, agents with Federal Bureau of Investigation seized an unencrypted computer owned by Alexandre Cazes, the alleged administrator of the Alphabay darkweb marketplace. As the FBI conducted a raid on Cazes’ home in Thailand, the RCMP raided houses and businesses in Canada where the Alphabay administrator had installed the servers responsible for hosting the market. Law enforcement then had access to all the information available only to the administrator of Alphabay, including information on the accounts McCann allegedly controlled.

Also in July 2017, the RCMP C Division’s Joint Organized Crime Investigation Unit (UMECO) placed McCann under 24-hour surveillance. An undercover agent contacted McCann daily. Agents monitored McCann’s communications. Canadian law enforcement collected evidence linking physical activities to matching activity on McCaan’s accounts on the darkweb. Finally, in late 2019, the RCMP executed a search warrant at McCann’s house where they seized computers and other electronic devices.
Using the data seized by the RCMP as well as the information from the Alphabay servers, United States authorities linked McCann to seven vendor accounts and more than 10,000 transactions between 2015 and the Alphabay seizure in July 2017. He had allegedly earned 1,675 Bitcoins on Alphabay alone (worth more than $14 million now). The electronic devices contained information on customers shipments, allowing authorities to identify some of the vendor’s customers on Alphabay.<style>.ajr>details{max-height:350px;overflow:auto}</style>
<details class="ajr"><summary>Dream Market Archive for Xanaxlabs</summary>

Investigators also demonstrated that McCaan continued to sell drugs on different darkweb marketplaces, such as Empire Market, even after the Alphabay takedown. McCaan had no plans on stopping, according to US authorities. The XanaxLabs account on Empire was last accessed on February 28 (which could also be the date law enforcement last accessed the account).

Using the Pasitheas account, the suspect posted advertisements on Dread as recent as last week.
United States authorities asked law enforcement in Canada to arrest McCann and hold him through the extradition proceedings, citing McCann’s potential flight risk. The United States has already seized the accounts McCaan had used for cyptocurrency transactions but is not sure if the 32-year-old still has assets outside the traditional banking system.
An investigation by the RCMP is ongoing.