~2 min read | Published on 2020-09-11, tagged DarkWeb, Drug-Bust, Drugs, Sentenced using 376 words.
A U.S. District Judge sentenced Anthony Blane Byrnes, 19, to 71 months in prison for trafficking drugs he had purchased on the darkweb.
Byrnes, 19, of Huntersville, N.C., conspired with a regional drug trafficking organization to “distribute drugs on the darkweb,”1 according to the Criminal Information to which Byrnes pleaded guilty. The investigation began in August 2019 when U.S. Customs and Border Protection intercepted a package from Slovenia addressed to Byrnes. The package contained LSD. On August 7, 2019, law enforcement conducted a controlled delivery of the package at Byrnes apartment in Huntersville. 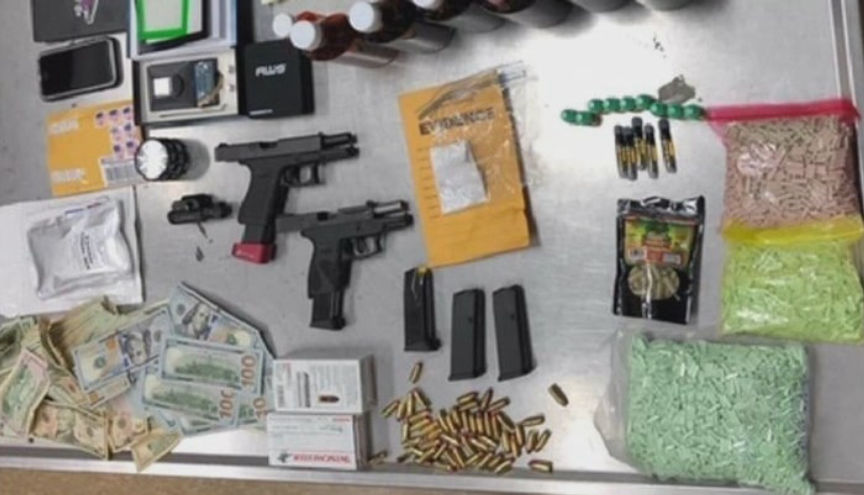 Byrnes had two pistols, cash, and an assortment of drugs in his possession


Possession of a firearm during the commission of a crime is a crime regardless of the predicate felony.
As a part of the conspiracy, Byrnes visited multiple Bitcoin ATMs in Charlotte, NC. He conducted transactions on behalf of the drug trafficking organization, according to court documents. The value of the transactions at the Bitcoin ATMs ranged from $2,000 to $9,000 per transaction.
According to court documents, Byrnes purchased narcotics on the Dark Net Marketplace (DNM) “Empire Market.” Byrnes paid for the drugs using Bitcoin cryptocurrency, stored in VC wallets, and used Bitcoin ATM machines in the greater Charlotte area to facilitate drug transactions, converting drug proceeds into virtual currency (VC), and arranging drug shipments for the DTO.

During the execution of the search warrant at Byrnes’ apartment, law enforcement Mirandized the 19-year-old and interviewed him on the spot. Byrnes admitted using Snapchat to communicate with co-conspirators. Investigators found the Snapchat application on Byrnes’ cellphone and determined that Byrnes had used his cellphone to facilitate drug trafficking and money laundering activity.
On September 10, U.S. District Judge Kenneth D. Bell sentenced Byrnes to 71 months in prison and four years of supervised release upon completion of the prison sentence.
Previously:
Teen Arrested for Buying LSD on Empire Market
Criminal Complaint: pdf
1. Although the court documents claims Byrnes conspired with others to sell drugs on the darkweb, the evidence provided in the same documents indicates that Byrnes resold drugs locally that he had purchased on Empire Market.