~4 min read | Published on 2019-12-23, tagged Murder-for-Hire using 828 words.
A New York woman was sentenced to time served and one year of supervised release for attempting to hire a hitman on the darkweb to cripple her ex-boyfriend. Yanyan Lesser, 48, pleaded guilty one count of transmitting in interstate or foreign commerce a communication containing a threat to injure another person at a hearing in August 2019.
NY Woman Admits Hiring a Hitman on the Darkweb to Cripple Her Ex-Boyfriend
East Aurora Woman Arrested For Attempting To Hire A Hitman To Maim Her Ex-boyfriend
Homeland Security Investigations Field Office in St. Paul, Minnesota, “received information” from an undisclosed source about Lesser. The source had accessed a murder-for-hire site on the darkweb and identified the person targeted by one of the users of the site. Although the identity of the tipster remains unknown, one researcher has a reputation for backdooring the fake murder-for-hire sites operated by an actor identified as “Yura.” His involvement in other (very similar) cases is public knowledge. 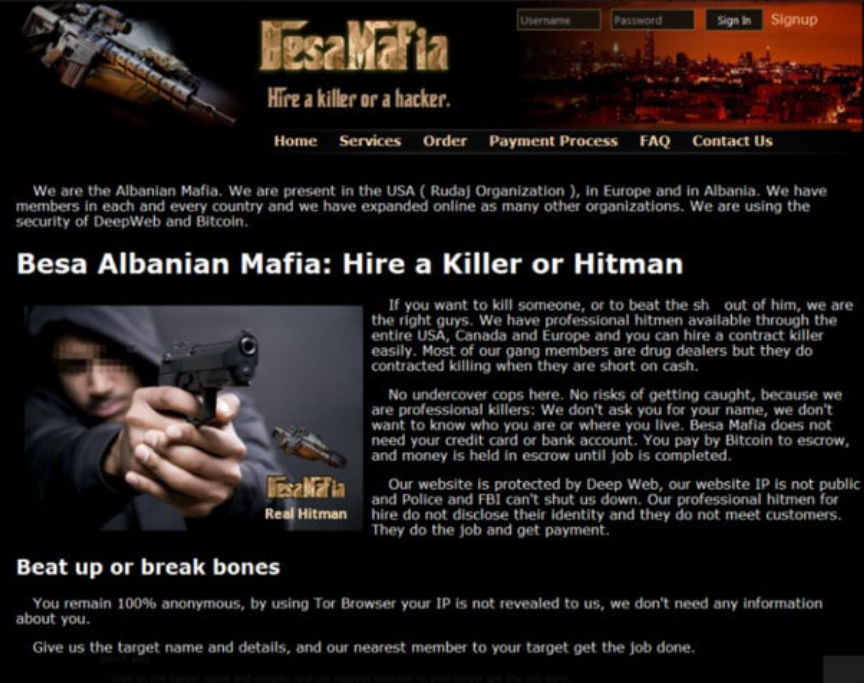 In the criminal complaint, Special Agent Charles Tolias provided a transcript of the exchange between Lesser and the fraudster running the murder-for-hire scam.
February 14, 2019:
Lesser posted, “because of a business dispute, I would like to give this guy a lesson. Give him a good beating and legs broken, waist broken and even cripple the mark of his legs.”

The defendant also shared an image of a person’s lower back with the words “broken waist” written on the picture.
February 16, 2019:
Lesser posted, “please give him a good beating and let he always walk in wheelchair;”

On the same day, Lesser under the username “Tree1,” sent 1.26 Bitcoin to a Bitcoin wallet controlled by the scammer. On February 19, she sent .694 Bitcoin to the same wallet.
February 18, 2019:
“And also give him good beating of his body, and must be broken his legs to make him walk by wheelchair or crutches forever;”

She repeatedly emphasized the robbery aspect of the job:
I will add $2500 more to cover the cost of beating, crippling and robbery look like job. Please remember must be looks like a ROBBERY! That’s very important! So that’s better without his house and community,not into his house to do the job.and also beating with crippling of his legs, no broken ribs because I won’t make he die. Just make sure that his legs will be crippling. Make sure do the job 100% with beating,crippling and robbery looks like a job! After jobs down and I make sure everything was perfect! will be pay full cost to you guys, If looks not like a robbery then I won’t pay full price

HSI reached out to Lesser’s ex-boyfriend; they had already identified him as the subject of the messages. “He believed that his ex-girlfriend, Yanyan Cui, residing in Buffalo, New York, would be capable of doing something like this as she is unstable,” the Special Agent wrote in the complaint. The ex-boyfriend gave law enforcement Lesser’s phone number. 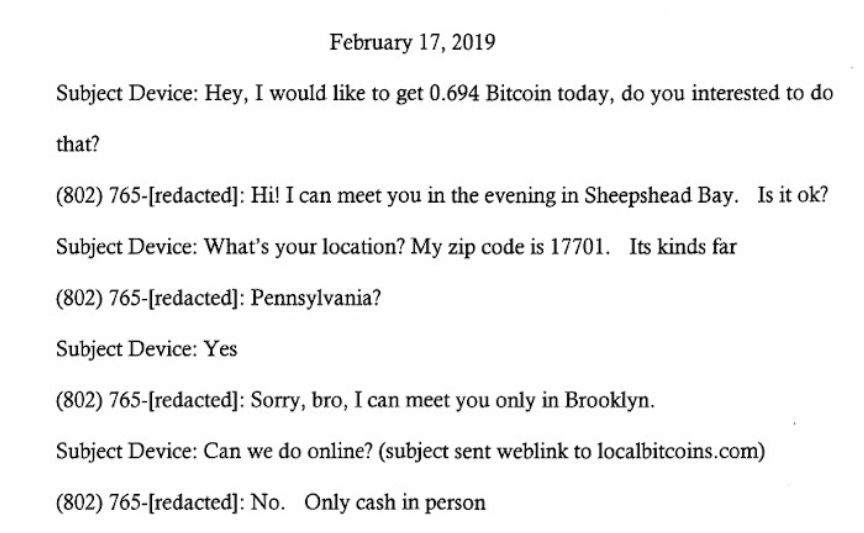 Law enforcement later learned that Lesser had been using her married name (Cui) on all official documentation, including the account information on file at Verizon. Authorities subpoenaed Verizon for the subscriber information associated with the phone number provided by her ex-boyfriend.
U.S. Customs and Border Protection (CBP)–another law enforcement branch of the Department of Homeland Security–stopped Lesser during a routine vehicle inspection at the border between Canada and the United States. She had entered Canada to eat lunch and had to pass through a checkpoint on the way back into the United States. CBP alerted HSI and detained her at the border. An HSI Special Agent arrived and interviewed Lesser. Lesser gave the Special Agent access to her iPhone.
From a previous Darknetlive article:
HSI Special Agent Tolias conducted a preview of photographs contained on Lesser’s iPhone and saw what appeared to be the image of the unknown individual’s lower back area with the words “broken waist” written across it (as previously detailed above in paragraph. SA Tolias noted that it appeared to be the same exact photograph of the unknown individual’s lower back area, but that the photograph did not have the words “broken waist” written across it.

The iPhone locked at some point during the interview and Lesser refused to provide law enforcement with the pin needed to unlock the phone.
After receiving a search warrant, investigators searched Lesser’s house and devices again. They found receipts that matched the bitcoin payments made to the murder-for-hire website. They also found text messages between Lessor and exchanges from Localbitcoins.

They arrested Lesser in March 2019 and in August 2019 she pleaded guilty to one count of transmitting in interstate or foreign commerce a communication containing a threat to injure another person.
As part of the terms of her suspended sentence and supervision, Lesser is barred from accessing any electronic devices capable of internet connectivity.