~3 min read | Published on 2019-08-28, tagged Murder-for-Hire, Sentenced using 627 words.
Tina Jones, a nurse from Des Plaines, pleaded guilty to paying $12,000 in Bitcoin to a murder-for-hire site on the darkweb in an attempt to kill the wife of her lover. In response to the guilty plea, the court sentenced Jones to 12 years in prison and immediately placed her in custody to begin serving the sentence.
DuPage County State’s Attorney Robert B. Berlin and Woodridge Chief of Police Brian Cunningham announced that Tina Jones, 32, had pleaded guilty to a single count of Attempted First Degree Murder, a Class X Felony. Judge Bakalis sentenced Jones to 12 years in the Illinois Department of Corrections and ordered Jones to start serving the sentence immediately. 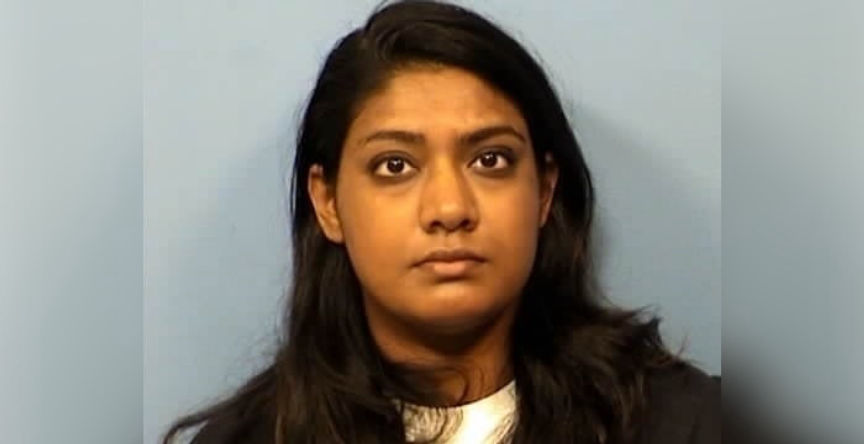 Jones, like many others, fell for one of the murder-for-hire sites created by the fraudster behind Besa Mafia–the original murder-for-hire site that attracted attention from the mainstream media. The operator of these sites goes by the name “Yura,” according to the current expert on the topic, Chris Monteiro. Besa Mafia, Crimebay, Cosa Nostra International Network, and Camorra Hitmen are just a few examples of Yura’s fraudulent murder-for-hire sites that have appeared in a number of recent court cases. Jones brought another one to the attention of the public: the Sicilian Hitmen International Network. 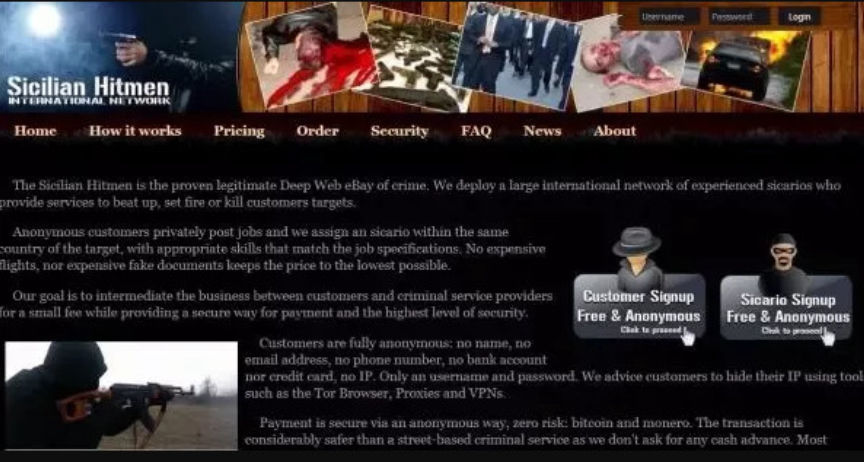 The Frontpage of the Sicilian Hitmen International Network Onion Service

According to information from the DuPage County State’s Attorney and other officials, the Woodridge Police Department received a tip from the producers of 48-Hours in April 2018 about a local woman who had been communicating with Yura about murdering another local woman. The suspect–later identified as Jones–wanted a hitman from the Sicilian Hitmen International Network to kill the wife of her lover, a colleague with whom she had been having affair.
“This morning, Tina Jones accepted responsibility for her actions and admitted that she attempted to arrange the murder of the wife of a man with whom she was having an affair,” Berlin said. “Thankfully, the intended victim, whom the defendant deemed a romantic rival, was unharmed even though Jones carefully planned the murder and paid more than $12,000 in bitcoins to the Sicilian Hitmen International Network to carry out the murder. This type of pre-meditated criminal scheming is an incredibly serious offense that warrants a serious punishment, as the defendant learned today. I would like to thank 48 Hours for bringing this matter to our attention. I would also like to thank the Woodridge Police Department for their outstanding work in identifying the suspect in this case as well as the Naperville Police Department for their assistance. I would also like to thank Assistant State’s Attorney Demetri Demopoulos for his work in preparing a strong case against Tina Jones that ultimately led to today’s guilty plea.”
The Woodridge Police Department followed up on the tip provided by 48-Hours (which 48-Hours likely received from Monteiro during the creation of “Click for a Killer”) and confirmed that Jones had paid the Sicilian Hitmen International Network $12,000 in Bitcoin to murder her lover’s wife. Just five days after receiving the tip, the police had enough evidence to make an arrest. They asked Jones to come to the police department to answer some questions. Jones showed up for voluntary questioning. During the questioning Jones admitted to using the darkweb site to try to kill her romantic rival. Police then arrested Jones on a single count of Solicitation of Murder for Hire. She was later charged with another three counts of Solicitation of Murder for Hire and two counts of Solicitation of Murder.
In exchange for Jones’ guilty plea for Attempted First Degree Murder, prosecutors dropped the Solicitation of Murder for Hire and Solicitation of Murder charges. She was sentenced to 12 years in prison followed by another three years of probation.
Archived Press Release