~3 min read | Published on 2019-08-07, tagged General-News using 554 words.
Apollon Market, the market recently featured in various media outlets as the darkweb market with the hacked StockX database, announced that buyers and sellers could now use Monero in addition to Bitcoin when conducting business on the platform. Markets are shifting towards Monero adoption as a result of law enforcement’s ability to investigate and identify the some darkweb vendors through the Bitcoin blockchain.
In an announcement in late July, the marketplace revealed that an update bringing Monero to the market would be rolled out in the near future. On 7 August, 2019, an Apollon Market moderator posted an update on the marketplace’s subdread titled (in part) “XMR (Monero) - Going live TODAY!”

Deposit XMR on Apollon
Apollon's XMR Deposit Screen[/img]
“We are glad, extremely happy and super excited to announce that XMR (Monero) has been implemented and will be going live today,” the moderator wrote. “The finishing touches have been completed at the time of writing this message so expect to see XMR activated on the market within the next few hours.” As of the publication of this article, the XMR update has completely rolled out and vendors are are adding the option for XMR to their listings.
Staff pointed out that vendors needed to manually enable XMR for their listings in the event that some vendors might prefer not to accept the privacy coin. Vendors received the following message from staff in their private inbox on the market:
Greetings vendor, This is a message to let you know that XMR has been finally added to our platform. If you would like to accept XMR just go to [the listings page] and click on edit, then select YES on Accept XMR. If you have too many listings or want an admin to automatically enable XMR on all your listings just go to /support.php and open a ticket, have a nice day.

As noted in the message, the market administration can enable XMR for all listings on a vendors account if requested by the vendor. 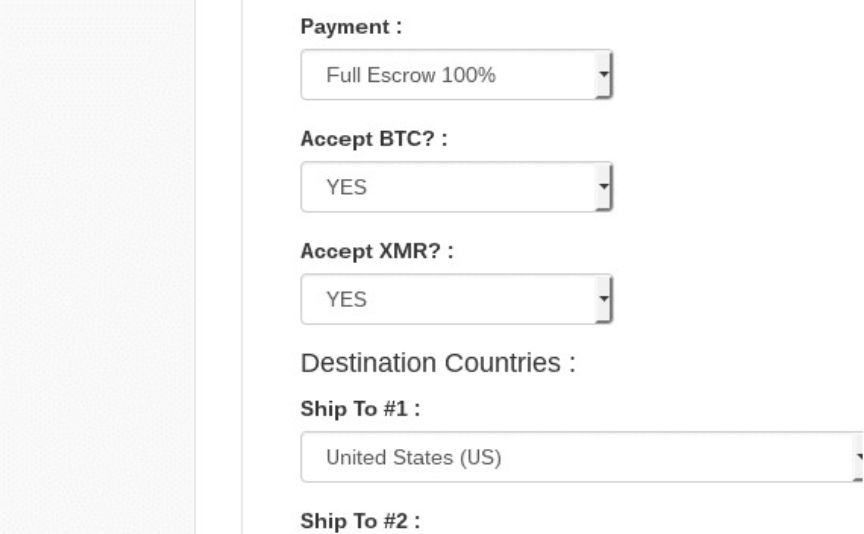 Apollon Adding XMR to Listings
Apollon Adding XMR to Listings[/img]
Apollon is joining the recent group of darkweb markets with Monero integration. Witchman05, a Dread mod who recently stepped down, announced a market called Versus with forced multisig and Monero integration. Empire Market is a well-known market with Monero support. And Monopoly, another new market, only supports Monero transactions. Based on user feedback on Dread, Monero integraation is one of the most important features for a market.
Apollon recently had an appearance in the mainstream media after a data broker contacted TechCrunch about a massive cache of stolen StockX data (StockX is a platform for trading footwear and fashion accessories). The data broker–a vendor on Apollon Market–claimed possession of almost seven million stolen records from a StockX database.
The seller provided TechCrunch a sample of 1,000 records. We contacted customers and provided them information only they would know from their stolen records, such as their real name and username combination and shoe size. Every person who responded confirmed their data as accurate.

The vendor is currently selling the entire dump for $300. 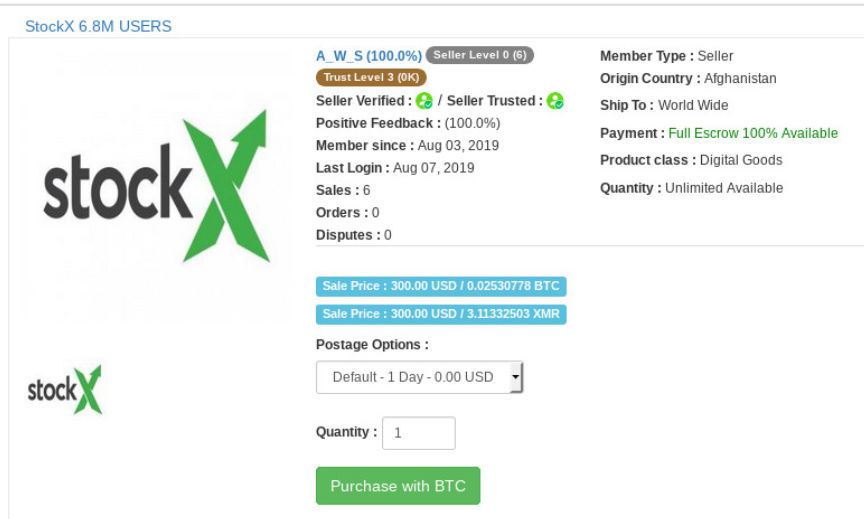 StockX Database For Sale
StockX Database For Sale[/img]Selling database dump of: StockX6.8M Users2019-05passwords + addresses + device + ipif you want to contact me via email send me a private message.
When contacted about significance of the StockX listing, the Apollon Market administrator revealed that another vendor “has something big” that might drop soon.