~3 min read | Published on 2019-09-11, tagged Murder-for-Hire using 532 words.
A Santa Barbara Film student who had attempted to hire a hitman on the darkweb to kill his stepmother was sentenced to three years in state prison, according to an announcement from the District Attorney.
Beau Brigham, 33, was convicted of solicitation of murder at a jury trial last month in San Luis Obispo County. The jury, before returning the guilty verdict, heard how Brigham had accessed one of the many fake murder-for-hire sites on the darkweb as part of plot to have his stepmother killed. The court learned that after Brigham’s father had died in 2011, Brigham’s stepmother had taken a large part of Brigham’s inheritance. Brigham and his brother sued and won a large judgement against their stepmother. Brigham would not settle until he had gotten “every last dime,” the stepmother said during the sentencing hearing. 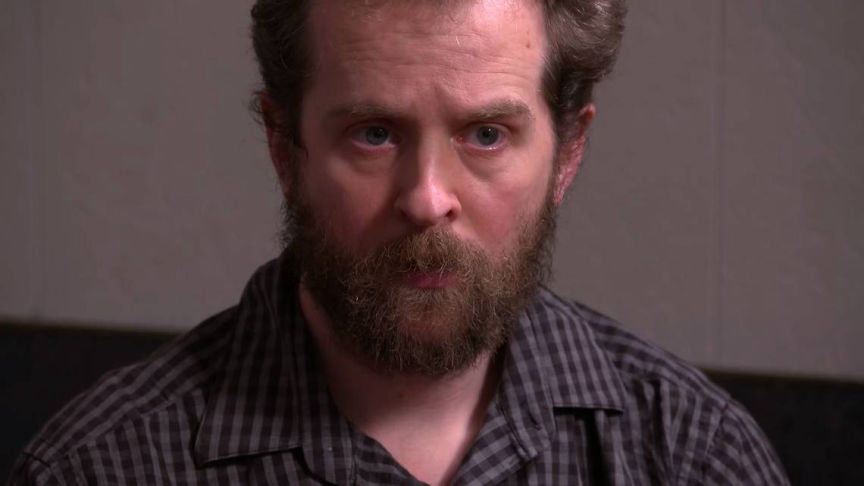 A Picture of Brigham Taken During an Interview | Credit: INTV

Brigham’s plan caught the attention of law enforcement after a cybercrime researcher had shared information with the producers of the CBS’ 48 Hours program. 48 Hours alerted prosecutors and featured Brigham in an episode about murder-for-hire scams on the darkweb. Christopher Monteiro, the IT expert from London who had hacked the murder-for-hire site and exposed Brigham’s kill order, provided the the court with a collection of evidence he had pulled from the site. Monteiro revealed that Brigham had sent messages to the purported hitman that included a picture of his step-mother, her maiden and married names, a description of her vehicle, possible addresses, and descriptions of attempted bitcoin transactions. Brigham never paid the complete $9,000 (in Bitcoin) the scammer behind the murder-for-hire site had requested. This has confused some as a similar case in the UK ended without a conviction because the defendant had not actually spent any money after contacting the purported hitman.
According to California law, “a person is guilty of solicitation even if the crime solicited is not completed or even started. The person solicited does not have to agree to commit the crime.” Payment is not even a factor considered when prosecuting some solicitation charges.
San Luis Obispo County District Attorney Dan Dow released the following statement after the sentencing:
While we recommended more than three years, a prison sentence is the only appropriate punishment for the extraordinary steps Beau Brigham took to anonymously have someone killed… Mr. Brigham tried to anonymously plot and secure the death of his stepmother on the ‘dark web’ when he extensively researched, found, and attempted to secure a hitman. This cowardly criminal used the latest technology to prevent his detection, but he could not successfully hide. I am grateful that the expert staff and resources of our Central Coast Cyber Forensic Laboratory assisted in proving this crime so that it could be successfully prosecuted. And most importantly, I am grateful for the courage of the victim who reluctantly came to court only to endure the rigor of cross examination.