Italian Man Arrested for Reselling Drugs Purchased on the Darkweb

~1 min read | Published on 2021-01-10, tagged Arrested, DarkWeb, Drugs using 198 words.
An Italian man suspected of importing and reselling a variety of drugs he purchased on the darkweb was arrested by Italian authorities.
The Carabinieri of Vigodarzere began investigations against Alberto Tandoi, 34, after learning about potential darkweb drug trafficking activity. A “careful and detailed” investigation led to the discovery that the suspected drug dealer had an international supplier of a variety of illegal substances, including MDMA and methamphetamine. According to reports from Italian news outlets, investigators determined that the defendant received packages of drugs from a supplier in the Netherlands.
Although all media reports identify the blotter seen in one of the post-arrest pictures as MDMA, the blotter more closely resembles LSD tabs 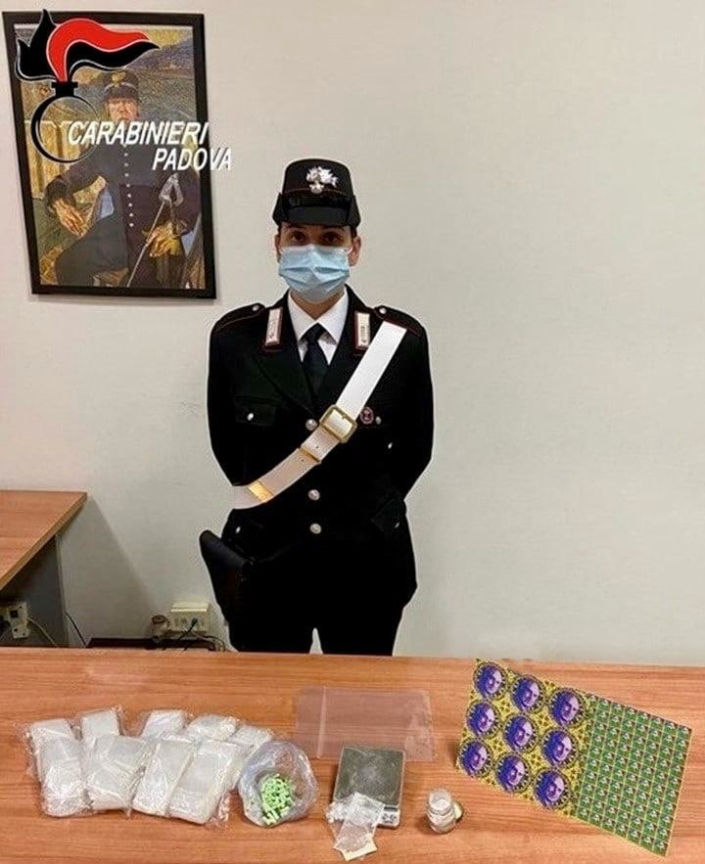 a masked law enforcement officer stands next to seized narcotics

During the execution of a search warrant at the man’s house, authorities found 200 MDMA tabs, 95 benzodiazepine pills of an undisclosed variety, cocaine, and nine grams of methamphetamine. They also discovered packing material and evidence that the defendant had purchased drugs from vendors on darkweb marketplaces.
There is an ongoing investigation into the suspected drug dealer’s suppliers in the Netherlands as well as his customers locally and possibly abroad. Tandoi was taken into police custody on January 8, 2021.