~1 min read | Published on 2021-05-06, tagged Arrested, DarkWeb, Drug-Bust, Drugs using 243 words.
Four Arrested for Importing Drugs into the UK
Authorities in the UK arrested four suspects in a multi-agency operation that investigated the suspected importation of a variety of drugs into Northern Ireland by post.
The investigation into the suspects’ £470,000 drug trafficking operation was carried by the National Crime Agency (NCA), Border Force, and the Police Service of Northern Ireland. The investigation stemmed from the interception of drug packages allegedly addressed to the suspects.

In one case, LEOs discovered drugs inside a puzzle box | NCA

Between October 2020 and April 2021, Border Force reportedly intercepted and seized 11 drug packages sent from the Netherlands and Belgium to three addresses in Northern Ireland. The Border Force officers found a total of 19 kilograms of amphetamine, MDMA, cannabis, ketamine, and cocaine hidden in the seized packages. 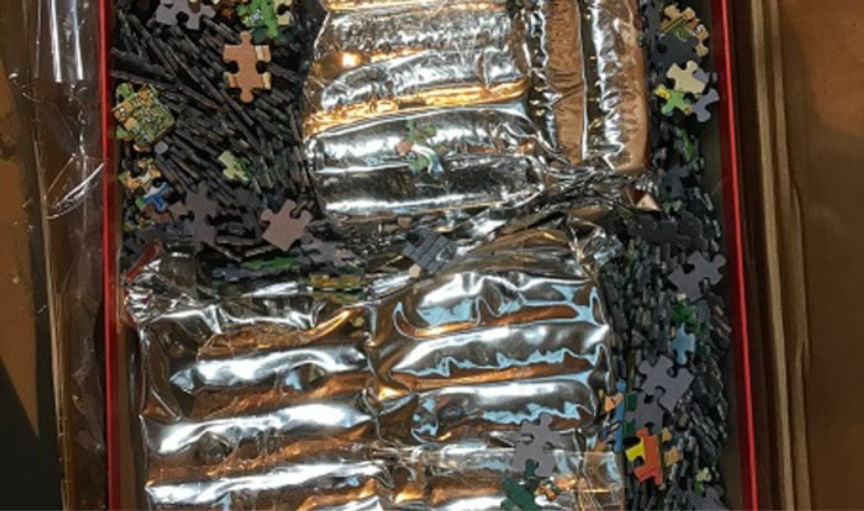 David Cunningham, NCA Belfast Branch Commander:
“This investigation has already seen the interception of a large number of drugs destined for the streets of Northern Ireland. Working with our law enforcement partners as part of the Paramilitary Crime Task Force we are determined to do all we can to disrupt the flow of illicit drugs and prevent organized criminal networks profiting from them.”

On April 29, 2021, the investigators executed search warrants at the three addresses. At one of the residences, the investigators found a firearm and arrested a 29-year-old man on suspicion of firearms offenses.
At the other addresses, officers arrested three men suspected of conspiring in the importation and supply of illicit drugs.