~4 min read | Published on 2019-07-09, tagged Darkweb-Vendor, Drugs, Sentenced using 800 words.
A couple from New Jersey were indicted for producing various peptides and related substances and selling them online as research chemicals, according to a recently filed indictment and announcement from the United States Attorney’s Office.
The couple, according to the United States Attorney’s Office of New Jersey, produced “substances primarily used by bodybuilders and others engaged in weight training to enhance performance and mitigate the side effects of performance-enhancing substances.” The production of these substances took place in the basement of the couple’s home in Middlesex County, New Jersey. 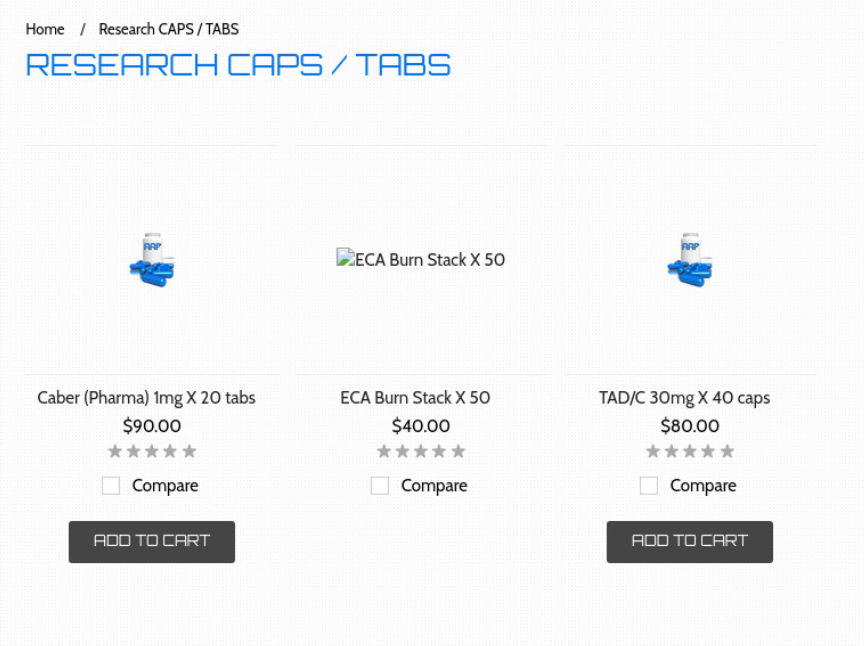 They sold their products online under the name All American Peptide (AAP). The company offered drugs sold with the “not for human consumption” disclaimer used by most research chemical distributors.
An excerpt from the Criminal Complaint:
The Kovaleskis, primarily through the internet, offered for sale and sold more than thirty products. They marketed these products to, and intended these products to be used by, body-builders and others who wanted to build muscle, lose fat, and/or improve sexual function. The Kovaleskis did this by, among other things, maintaining customer reviews on the AAPWebsite that commented favorably on the performance-enhancing qualities of the AAP products. For example, in a review for “Tadalafil”, dated April 18, 2018, a customer described his personal use of the pills with his wife, and how they improved his sexual performance. A review of MK-2866 (ostarine) on the AAP website dated December 25,2016 stated, “Very good at building muscle and losing fat.”

The Kovaleskis accepted bitcoin, wire transfer, Cash App, and other forms of payment for their homemade peptide blends. In total, according to the United States Attorney’s Office, the duo made more than $2.5 million through the sale of “research chemicals” on their website.

Maltez was a co-conspirator also located in New Jersey.
Investigators conducted five undercover transactions that allowed them to the identity of the individuals operating the AAP website. They paid through money orders and through bitcoin and later traced the payments back to bank accounts under the suspects’ names. The suspect responsible for shipping packages had left his fingerprint on a number of the packages as well.
The Indictment (PDF)
USAO Press Release

NEWARK, N.J. – A Middlesex County, New Jersey, husband and wife were indicted today in connection with a scheme to market and distribute misbranded drugs and unapproved new drugs and manufacture drugs in an unregistered facility, U.S. Attorney Craig Carpenito announced.
Keith Kovaleski, 55, and Sylvia Kovaleski, 41, of South Amboy, New Jersey, each were charged with one count of conspiring to distribute and cause the receipt and delivery of misbranded drugs and unapproved new drugs, and to impede the functions of the U.S. Food and Drug Administration (FDA) and U.S. Department of Health and Human Services (HHS), 10 counts of introducing misbranded drugs into interstate commerce, four counts of introducing unapproved new drugs into interstate commerce, and one count of manufacturing drugs without registering with the secretary of HHS. In January 2019, Keith Kovaleski was charged in a federal complaint with conspiracy and was released on bail. Both defendants will be arraigned at a date to be determined.
According to documents filed in this case and statements made in court:
The FDA is responsible for enforcing the Federal Food, Drug, and Cosmetic Act (FDCA), a law intended to assure that drugs are safe, effective, and bear accurate labeling containing all required information. The FDA regulates the manufacture, labeling, and distribution of all drugs shipped or received in interstate commerce.
From May 2014 to January 2019, the Kovaleskis owned and operated AA Peptide LLC, a/k/a All American Peptide (AAP). AAP used its website to market and distribute substances primarily used by bodybuilders and others engaged in weight training to enhance performance and mitigate the side effects of performance-enhancing substances.
The AAP website included a bogus legal disclaimer that its products were intended for laboratory research use only, and not as drugs or food. The Kovaleskis employed the bogus “research chemicals” disclaimer to conceal that they and others were distributing misbranded drugs and unapproved new drugs for use by their customers.
The Kovaleskis, though AAP, sold products including: (1) prescription drugs, such as tadalafil, the active ingredient in Cialis; (2) SARMS, used by body-builders as an alternative to steroids; (3) peptides, also used as performance-enhancing substances; and (4) other drugs that were not peptides or SARMS, and had not been approved for human use, for example, clenbuterol, a drug sold in foreign markets but not approved by the FDA. The Kovaleskis failed to provide adequate directions for use for these products, such as frequency of administration and other dosage information.
The Kovaleskis used their South Amboy basement as a manufacturing facility to make and label AAP products, including homemade capsules containing baking soda and tadalafil. The Kovaleskis sold tadalafil capsules that contained significantly higher dosages of the active ingredient than the highest recommended dosage.
Source: DOJ