~2 min read | Published on 2019-05-14, tagged Darkweb-Market, General-News using 286 words.
CGMC, also known as the CannabisGrowers & Merchants Co-op, ended operations in May 2019. According to at least one prolific CGMC vendor, the market had issues with withdrawals prior to shutting down but did not steal user’s funds.
In a shutdown referred to by a former user as the “nicest exit” they had experienced, CGMC went dark at some point in the second week of May 2019. At first, users claimed the market had exit scammed as they had lost the ability to withdraw funds, contact support, and initiate the process for a refund. 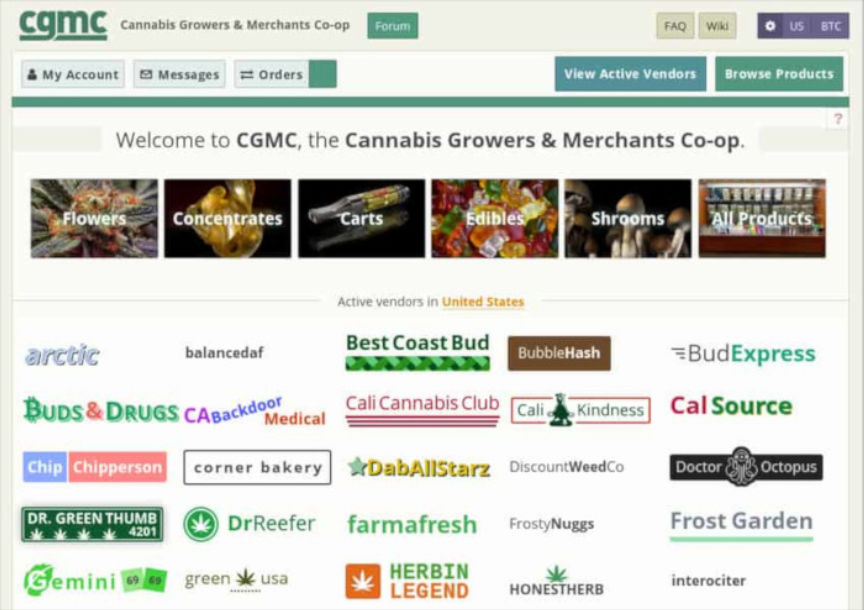 One of the “top five vendors” on the site wrote, in a signed message on Reddit:
CGMC is Gone, it did not scam any vendors. There was an issue with withdraws when they went dark. They are gone however.
Sad days. you can confirm we are legit from our post history or from the fact that we have signed this message.

The same vendor, hours before signing that message, had called the market’s shutdown an exit scam. “No communication with mods and funds not resolving to account made us believe it was an scam,” the vendor wrote in a comment to another user. Another user called the shutdown an exit scam only hours before their funds automatically showed up in their wallet.
Former CGMC users have started regrouping on a subreddit created for CGMC refugees. One user explained in an email to darknetlive that the shutdown opened an opportunity for scammers:
most people are re-assembling on a tor hosted forum or seeking their vendors out on other markets. The amount of scamming going on right now though is more than i saw when Black Market Reloaded and Dream got popped.

The active thread about the market shutdown is here.