~2 min read | Published on 2019-08-03, tagged Arrested, Dream-Market, Drug-Bust, Drugs using 384 words.
At a district court in North Rhine-Westphalia, Germany, twelve suspects are facing charges for operating a massive drug trafficking network through the darkweb, according to a spokesperson. The 12 suspects, along with as many as eight unidentified co-conspirators, allegedly sold more than one million euros worth of marijuana through Dream Market and other darkweb markets.
According to law enforcement, the “highly professional” network of drug traffickers started collapsing in 2017 after a significant number of their packages had returned to the sender’s address. Like most darkweb drug dealers, these men allegedly used the addresses of random people instead of their own in order to preserve their anonymity. The addresses used by the suspected group of drug traffickers ranged from the addresses of random people in the city of Bonn to companies in the United States. The investigation began after a company opened an unexpected package that the suspected drug dealers had shipped with insufficient postage. 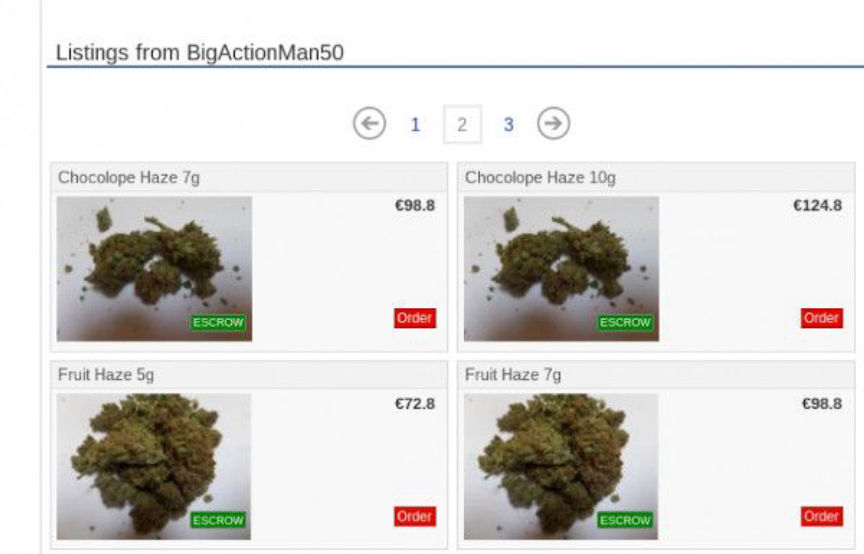 Several agencies in Germany worked together on the investigation. Through a variety of methods, investigators identified 12 conspirators and located in the city of Bonn or in nearby cities. During the course of the investigation, the investigators learned that the suspected drug traffickers operated out of a Bonn apartment. The alleged leaders of the network–five of the 12 suspects–had their co-conspirators pack the drugs at the apartment and had other co-conspirators drop the packages off at mailboxes throughout the region.
The authorities identified the darkweb markets and the vendor accounts used by the suspected drug dealers. According to information revealed in court, the suspects sold primarily sold on Dream Market under the username BigActionMan50. They used the names BigActionMan11 and BigKushHunter on other platforms, officials said.

In October 2018, German law enforcement agents raided all the locations associated with the drug trafficking organization and arrested all 12 of the suspects they had identified. At the heart of the operation–the Bonn apartment–agents found laptops, precision scales, vacuum sealed containers, rubber gloves, cardboard boxes, labels, stamp rolls, and padded envelopes. The apartment contained all the equipment and material needed for a large-scale drug trafficking operation, authorities wrote.
The suspects face charges for filling roughly 11,000 orders over the course of ten months. They allegedly sold just under 83 kilograms of cannabis and cannabis products. They allegedly bright in 1.3 million euros.